In its first race in the 2014 Blancpain Sprint Series, the #3 G-Drive Racing Lamborghini will start the Qualifying Race of the Portuguese round of the Series from pole position.

On an overcast Autodromo Internacional do Algarve Tomas Enge put the orange machine on top of the tables, beating Lamborghini colleague Jeroen Bleekemolen #28 Grasser Racing Team by just over a tenth of a second.

The fight between the two Lamborghini drivers was the main point of interest during the second and third parts of the Qualifying Session, with Bleekemolen being the first driver to break the 1’43-barrier at the end of Q2. The Dutchman was unable to carry over that speed to the deciding ten minutes, and Tomas Enge only needed a single flying lap to set a 1’42.589, which proved to be enough to get the best starting position for this afternoon’s Qualifying Race.

With a couple of drivers losing their quickest lap times for not respecting the track limits, René Rast in the #2 Belgian Audi Club Team WRT Audi was promoted to third. The German will share the second row of the grid with championship leader Maximilian Buhk. Marc Basseng (#5 Phoenix Racing Audi) took pole in the Pro-Am Trophy, Luca Stolz (#86 HTP Motorsport Mercedes) was fastest in the Silver Cup.

The Qualifying Race at Portimao will start at 13:45 local time. 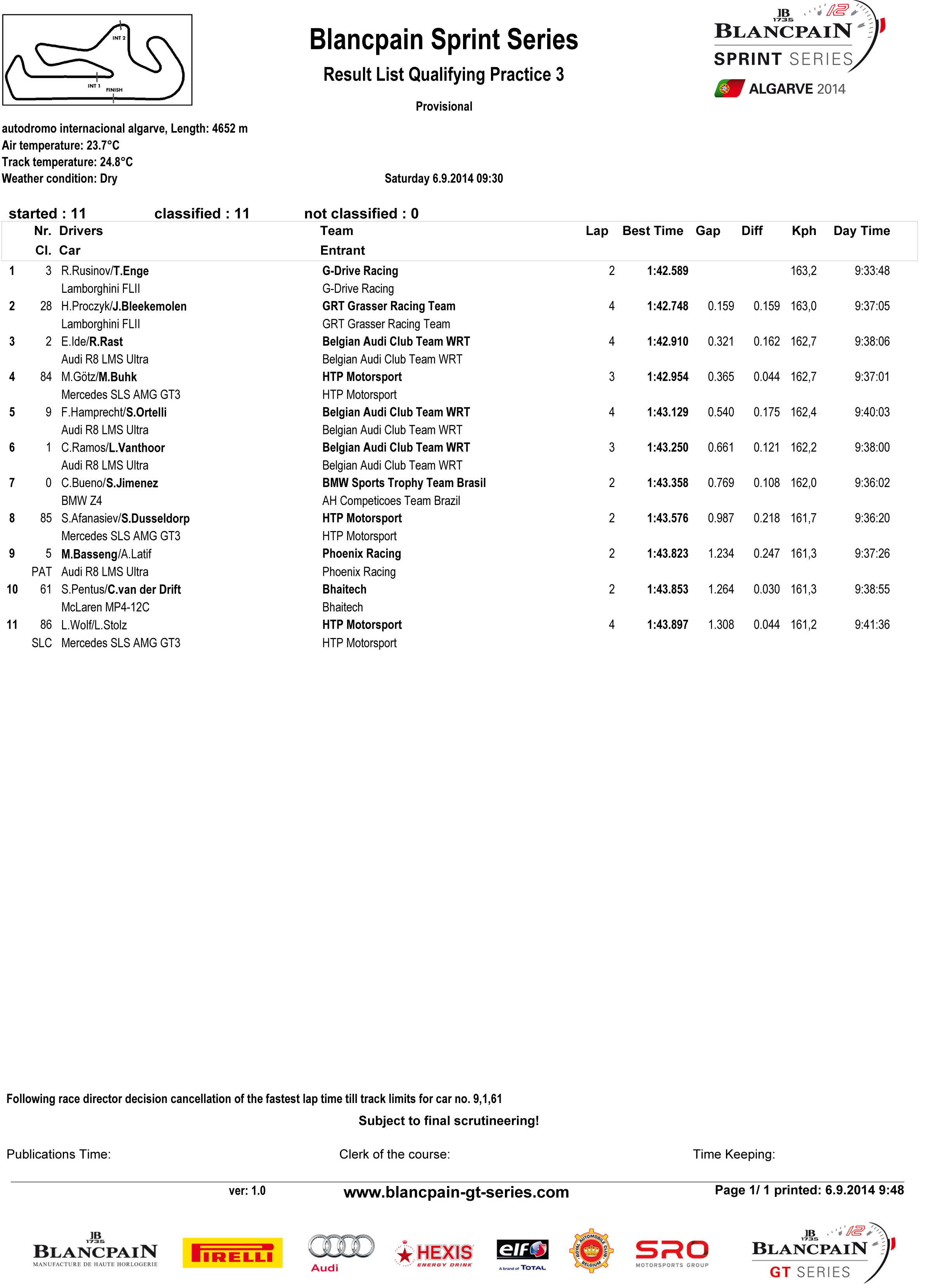