The official test day for the Total 24 Hours of Spa was a busy and sometimes hectic affair. 42 cars took to 7-kilometer long Circuit of Francorchamps, with teams and drivers aiming to get as much track time as possible. That proved not to be self-evident, because the eight hours of practice were red flagged more than half a dozen times.

With teams trying out several options and settings on their cars, a quick lap time was not always on top of their to do-list. Still, some drivers took advantage of the occasion to see what their car is capable of. Nick Catsburg in the #12 TDS Racing BMW was quickest in the morning half of the session, lapping in 2’19.788, almost a full second quicker than last year’s pole for the Total 24 Hours of Spa. In the afternoon Alessandro Pier Guidi was quickest in the #49 AF Corse Ferrari, although the Italian will participate in the Total 24 Hours of Spa at the wheel of the #50 AF Corse Ferrari. Pier Guidi’s best lap time was 2’19.904.

Teams have now until Thursday July 24th, with the first practice session for the Belgian endurance classic starts at 11.55, to complete their preparations for the 90th anniversary edition of the Total 24 Hours of Spa. 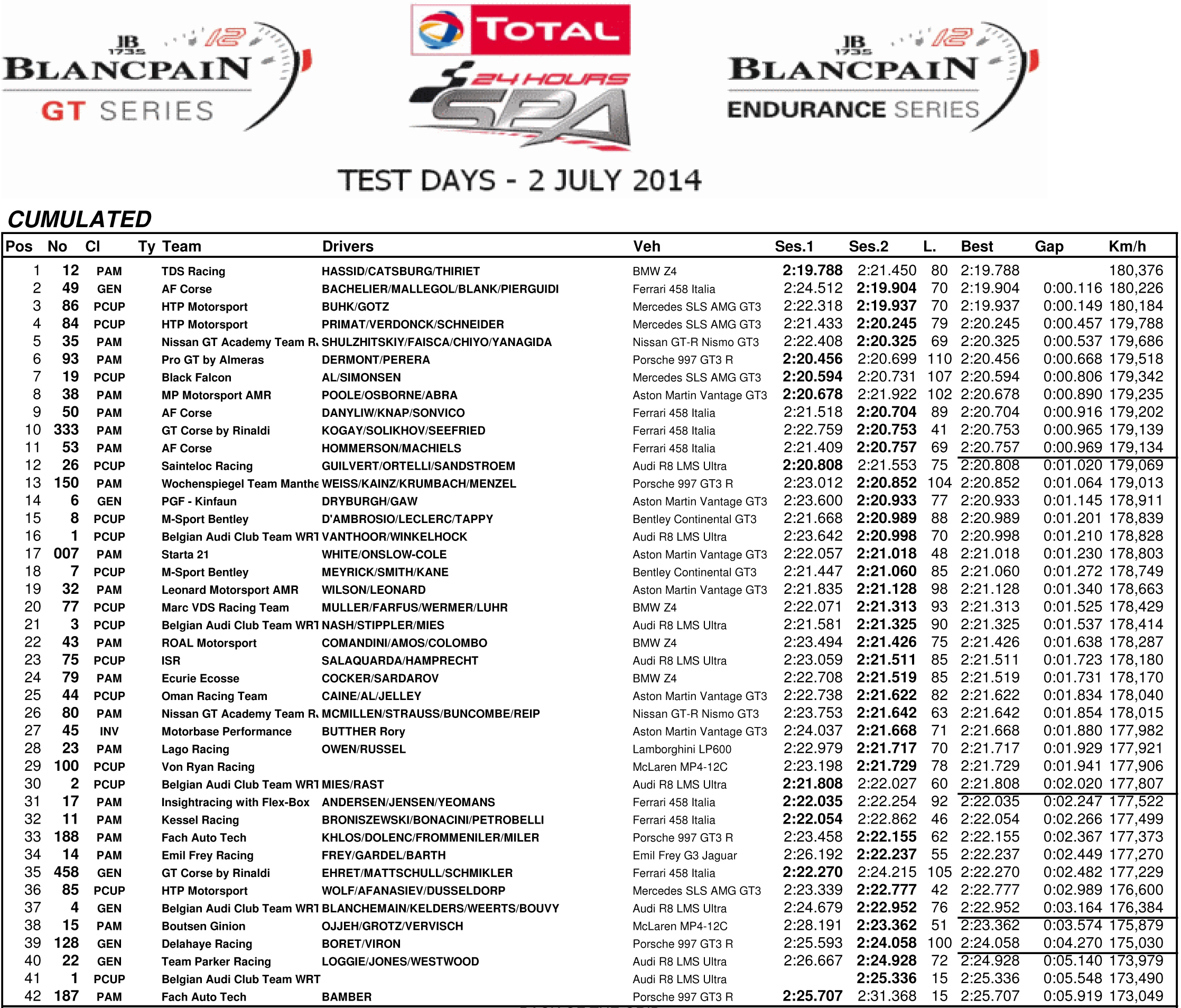