Skip to Main Content
It will be at the French Circuit Paul Armagnac in Nogaro that the 2015 Blancpain GT Series will get underway. This first meeting will count towards the Blancpain Sprint Series as well, with several new faces – and cars! – on what arguably must be the fastest GT grid in the world. 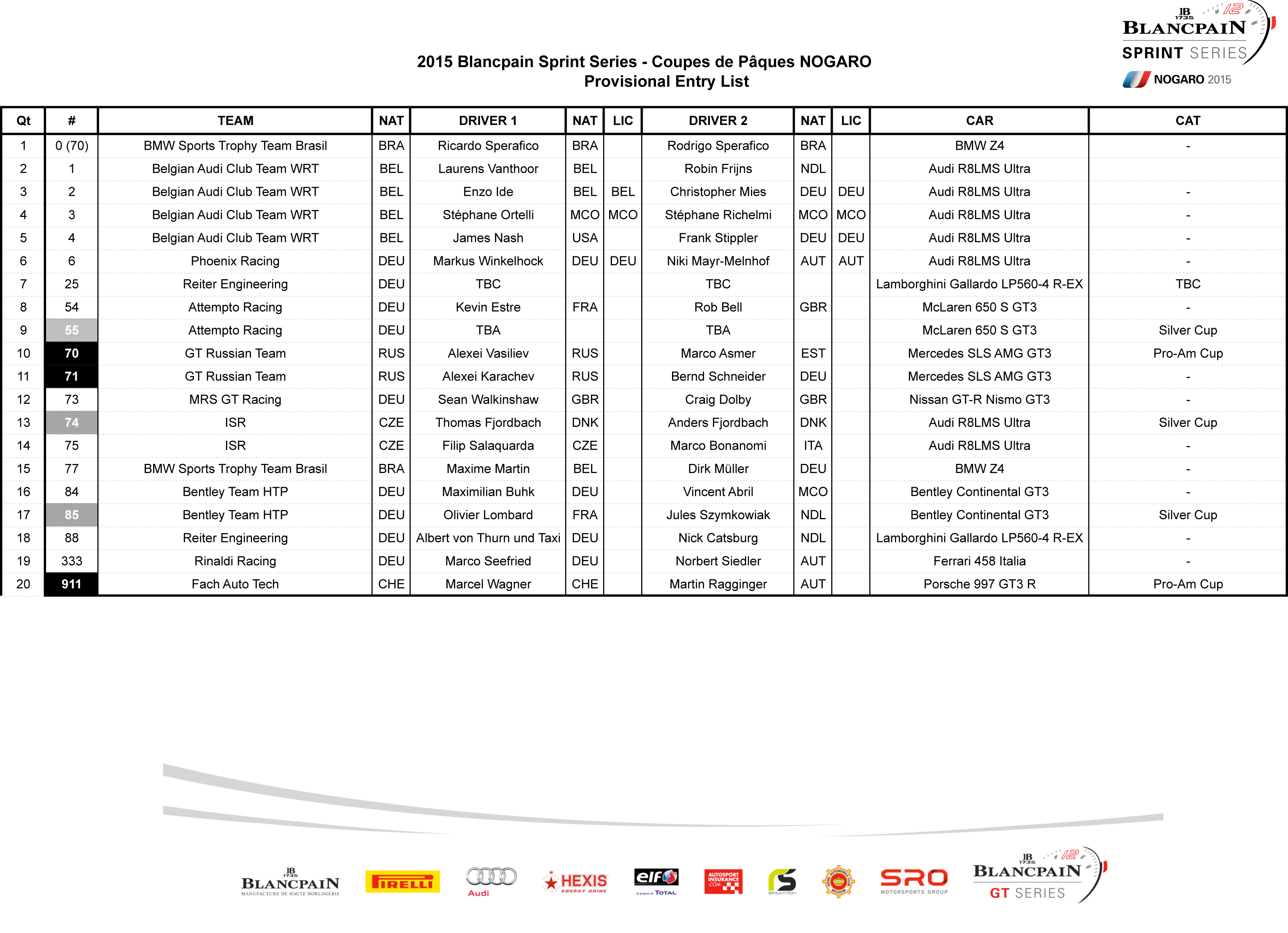