With the Misano World Circuit Marco Simoncelli being one of the new circuits on the 2015 Blancpain Sprint Series calendar, teams were eager to get familiar with the 4,226 km long Italian track. Weather conditions on the opening day were not perfect, with the #84 Team Bentley HTP Continental GT3 lapping in 1’34. Wednesday saw less clouds and higher temperatures, more suited to find the ideal set-up for the GT3 machinery. Lap times went down considerably, with the #75 ISR Audi eventually clocking a 1’33.330.

Most of the teams participating in the sprint chapter of the Blancpain GT Series had brought at least one car to track near Italian seaside resort Rimini, with several of their fastest drivers at the wheel. The small time differences – the nine quickest cars lapped within the same second – show that racing in 2015 will be as competitive as ever, with several professional drivers fighting for top honours.

The first Blancpain Sprint Series meeting of 2015 will be hosted by the Circuit Paul Armagnac in Nogaro during the Easter weekend. There might be a surprise or two on the final entry list for that opening round, but more on that soon! 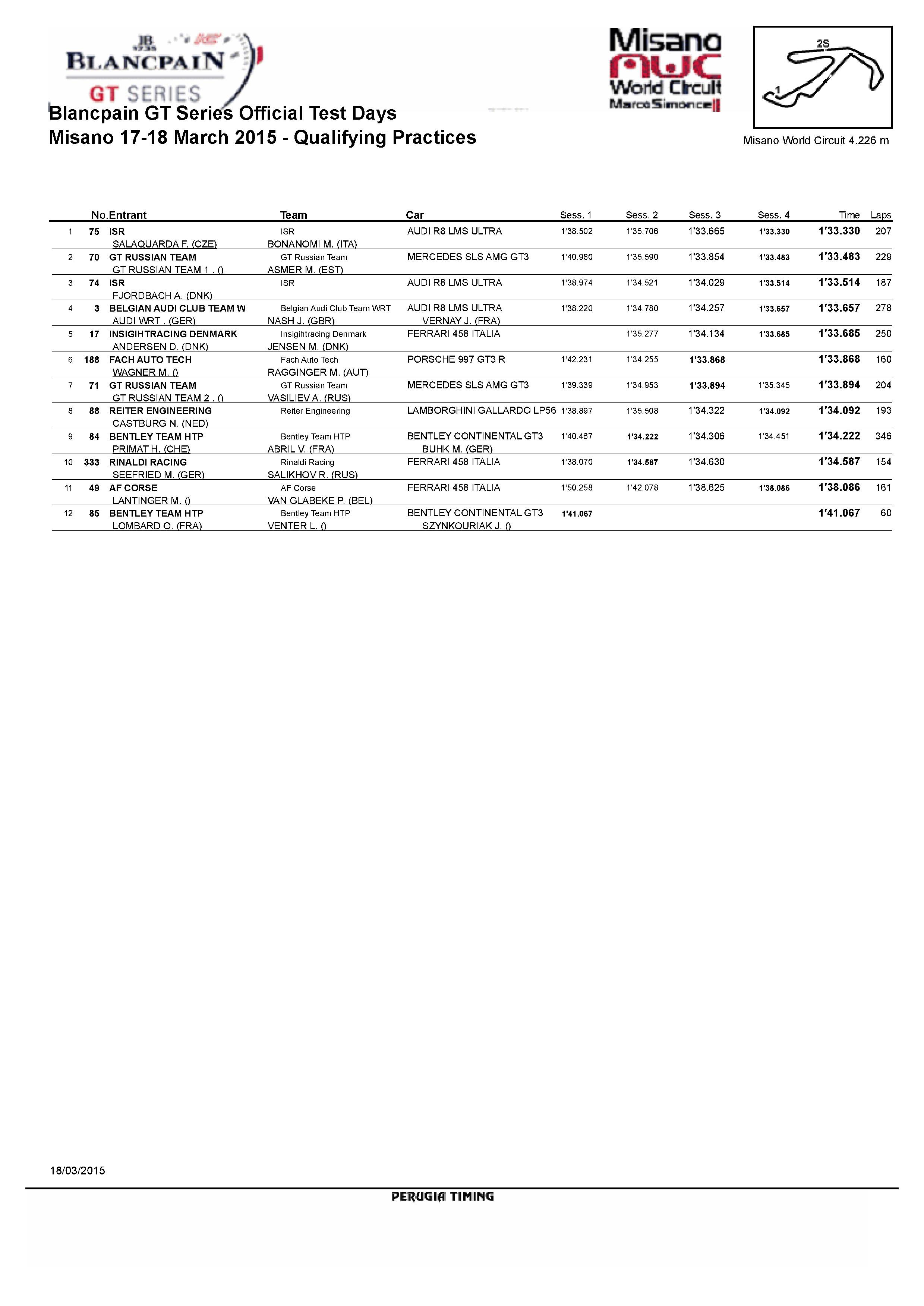