The Belgian Audi Club Team WRT, leaders in the Blancpain Endurance Series Pro Cup team standings, has slightly changed its driver line-ups for the iRacing.com Nürburgring 1000, the final and deciding round of the Series.

Marc Basseng and Christopher Mies switch cars, which means that Basseng now joins Frank Stippler and James Nash on the #3 Audi and Mies shares the #1 Audi with Cesar Ramos and the leader in the Pro Cup driver standings, Laurens Vanthoor. Obviously, due to the driver change Christopher Mies no longer has a possibility to pass Vanthoor in the standings.

Scuderia Villorba Corse, leading the Pro-Am Cup team standings, has also completed the line-up on the #90 Ferrari. Andrea Rizzoli will share the car with his regular team-mate Stefano Gai and fellow Italian Thomas Kemenater. Rizzoli and Gai lead the Pro-Cup driver standings, together with their former team-mate Francesco Castellacci, who is competing with the #52 AF Corse Ferrari this weekend. 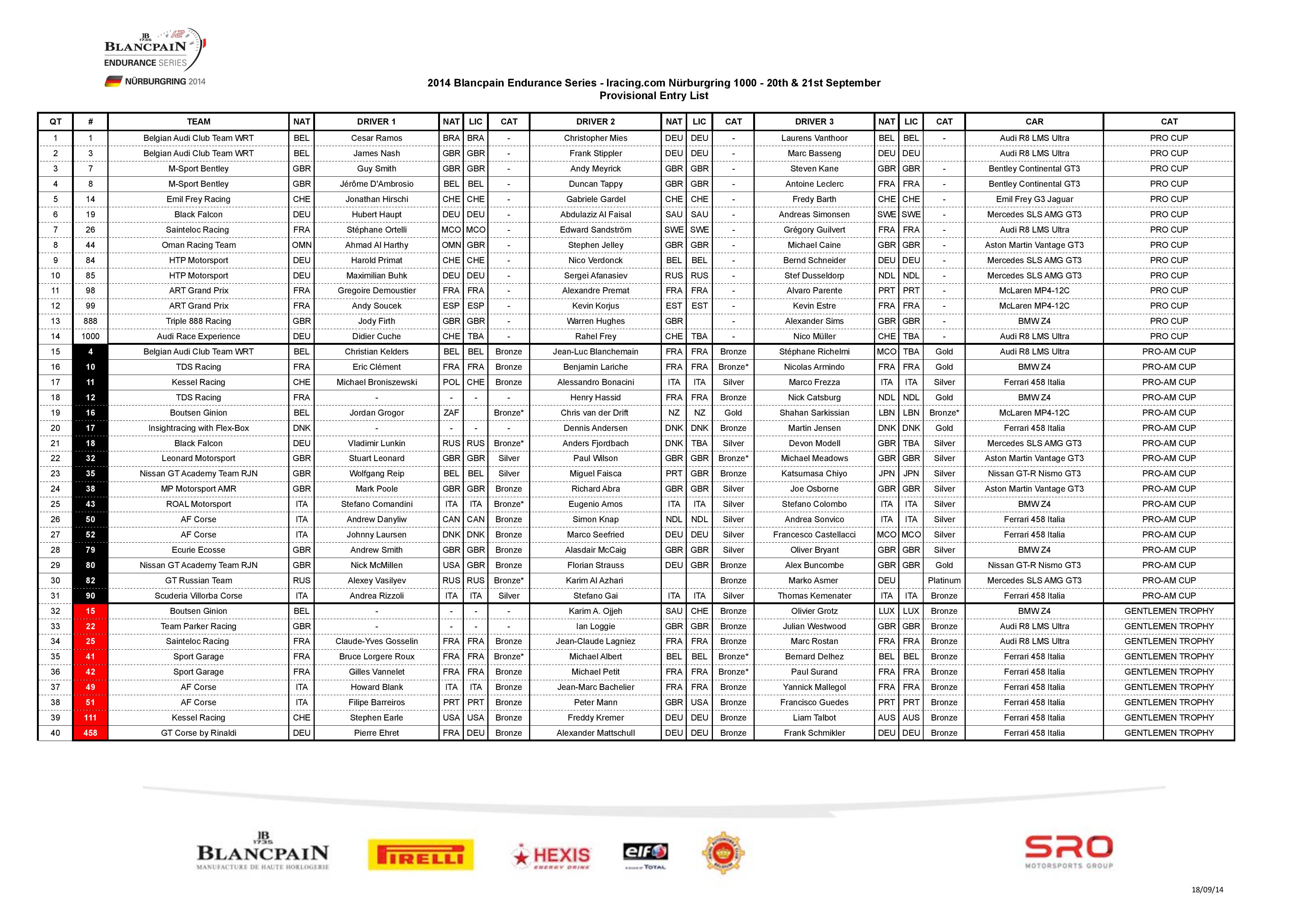