The expanded grid, which now includes all 17 Silver Cup teams as well as the 12 Pro entrants, is headed by Neil Verhagen who flexed BMW’s considerable esports muscle en route to Round 1 victory and five extra points for ROWE Racing at Imola in early April.

Attempto Racing also banked maximum Silver Cup points thanks to Alex Aka’s class win, although his success owed much to Yuki Nemoto’s pitstop drama. The Vincenzo Sospiri driver was Verhagen’s only realistic rival up to that point and will be a threat for overall as well as class honours in Circuit Paul Ricard’s paddock this Friday evening.

Beechdean AMR (Nicki Thiim) and Attempto Racing (Juuso Puhakka) completed Imola’s overall and Pro podiums, while Madpanda Motorsport (Ezequiel Companc) beat the recovering Nemoto to second in Silver. They, like the winners, must now carry 30, 15 or 10kg of success ballast this Friday as ‘reward’ for their Round 1 performances.

Meanwhile, room has been found for five additional sim rigs inside the Fanatec Arena, which can now cater for 29 drivers and the full complement of 17 Silver Cup entries. Whittling them down to 12 via pre-qualifying, as was the case last time out, is thus no longer necessary. Instead, qualifying to determine the grid order now takes place within a 15-minute window during each competitor’s two-hour practice session. It was previously held just before the race.

Of the 12 Pro teams two in particular will be hoping to bounce back from unusually low-key starts.

The first is reigning Fanatec Esports champions Emil Frey Racing whose Lamborghini was an early retirement last time out. Arthur Rougier, so pivotal to their success throughout 2021, remains onboard at a circuit where he finished sixth overall and third in class last season despite carrying the full 30kg of success ballast.

The second is Akkodis ASP and Dani Juncadella who, like Rougier, finished on Circuit Paul Ricard’s Pro podium last year despite carrying extra weight. A 30-second penalty for pitlane speeding ended what should have resulted in another rostrum at Imola. The Mercedes-AMG ace is surely one to watch this Friday.

The same applies to Team WRT’s Audi, which clinched a commanding sim win in France last season courtesy of Kelvin van der Linde. The South African is back aboard the R8 this weekend after his co-driver Dries Vanthoor finished fourth in Pro and fifth overall last time out.

Each of the 29 entries have been assigned a Fanatec rig for the entire season, which they can either set up using data provided by official SRO Esports partner, Coach Dave Academy, or according to their own preferences. They must also use the same manufacturer as their team has entered in real life. 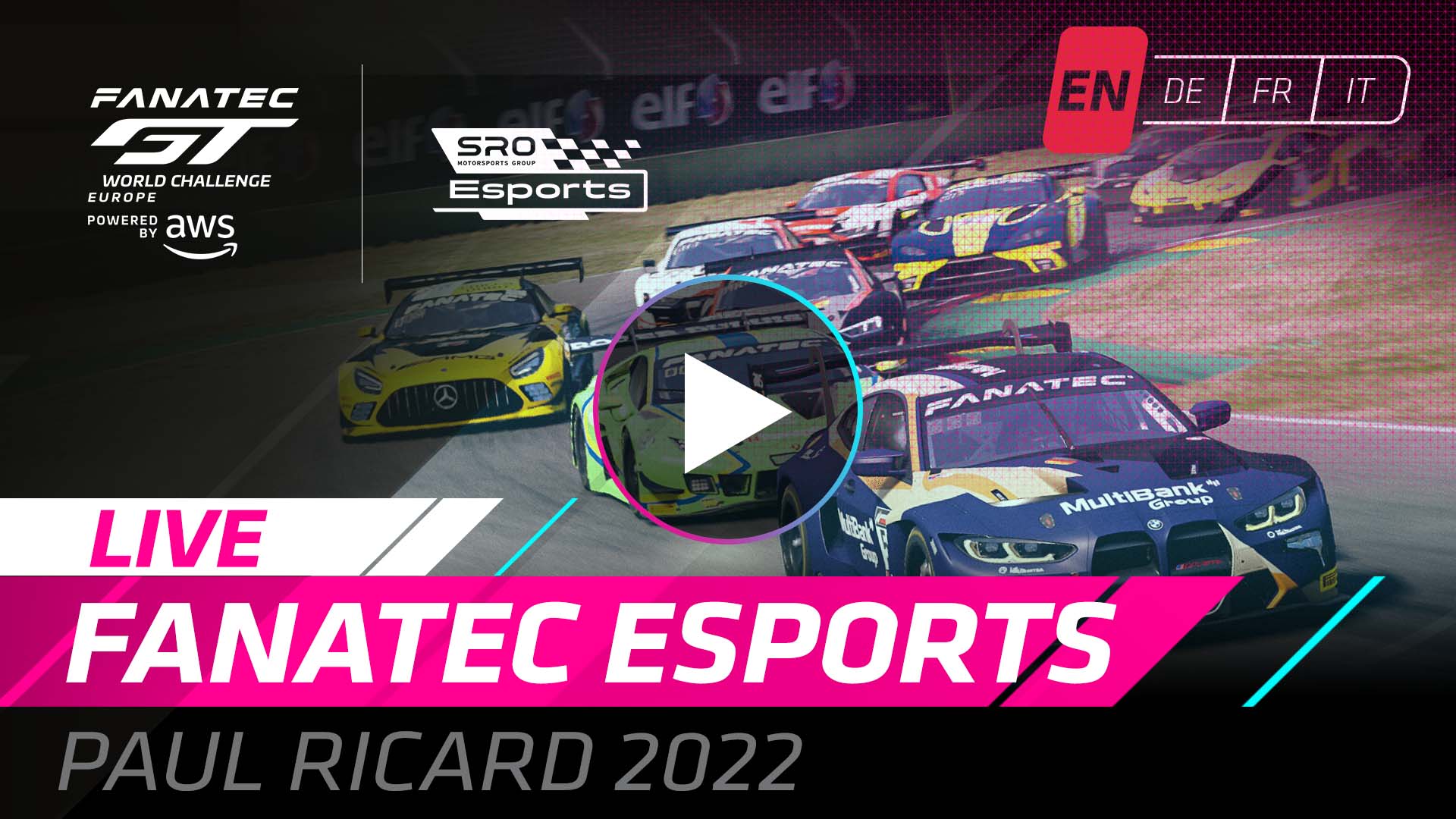