Having shown plenty of pace without reward last term, the pair returned to the top step of the podium today and grabbed an early lead in the drivers' standings following their third-place finish in race 1. The result will be especially sweet for Marciello and Boguslavskiy, who delivered an equally impressive performance in last season's trip to Brands Hatch only for a technical problem to rob them of victory on the final lap.

There was no such drama today as Marciello controlled the race from pole position. The Swiss driver was at his untouchable best, putting on a 30-minute masterclass to pull 10 seconds clear of the field by the time the pit window opened at mid-distance.

Patric Niederhauser (#25 Saintéloc Junior Team Audi) began the opening stint watching Marciello disappear over the horizon and ended it under serious pressure from Dries Vanthoor (#32 Team WRT Audi). He was equal to the task, keeping the two-time series champion at bay until the pits opened.

But the Saintéloc squad's podium challenge was ended by a slow stop, with the #25 losing several seconds and slipping back to sixth in the order. Marciello ran the longest of the leading pack, handing the #89 to Boguslavskiy with an advantage of more than nine seconds over Charles Weerts in the #32 Audi.

Boguslavskiy matched the Belgian's pace early in the second stint, effectively ending the Team WRT challenge for victory. Indeed, Weerts was coming under more pressure from behind as Jules Gounon brought the #88 Akkodis ASP Mercedes-AMG firmly into contention, followed by the #11 Tresor by Car Collection Audi and the Silver Cup-leading #53 AF Corse Ferrari.

But the main interest of the second half-hour was Valentino Rossi, who to the delight of thousands of fans at Brands Hatch took the wheel of the #46 Team WRT Audi from Frédéric Vervisch in eighth position. The Italian was therefore in place to score his first overall championship points, though he still faced a tense 25 minutes on a circuit he had not even seen until this weekend.

Initially his task was made a little easier by having the sister #33 Audi in his wake, but after Jean-Baptiste Simmenauer was spun around at Druids the #87 Akkodis ASP Mercedes-AMG loomed large in Rossi's mirrors. The Frenchman piled on the pressure, closing to within three tenths of the #46 car, but Rossi kept his composure and scored a breakthrough finish.

Out front Boguslavskiy ensured that he and Marciello also sealed an important result, bringing the #89 Mercedes-AMG home for their and the team's first Sprint Cup win since the final round of the 2020 season. Weerts held on to second despite Gounon drawing to within less than a second over the final few laps, the Frenchman completing the overall podium in the car he shares with Jim Pla.

The #11 Tresor by Car Collection Audi of Christopher Haase and Simon Gachet was fourth, continuing a fine run of results by the newly formed Italian squad. The #53 AF Corse Ferrari took fifth and Silver Cup honours to complete an outstanding weekend for Ulysse De Pauw and Pierre-Alexandre Jean, who captured overall victory in today’s opening Brands Hatch contest. The #87 Akkodis ASP Mercedes-AMG finished second on the road in the Silver Cup, but received a five-second penalty for contact with the #33 Team WRT Audi. This promoted the #99 Attempto Racing Audi to the second step on the class podium, while the #87 was classified third.

Pro-Am honours went to the #111 JP Motorsport McLaren of Patryk Krupinski and Christian Klien. The latter made a brilliant start to run in the top-10 overall during the first stint and handed over to Krupinski to complete the job. The Polish driver was four seconds clear of the #52 AF Corse Ferrari shared by Louis Machiels and Andrea Bertolini, while Garage 59 completed the podium with its #188 McLaren. 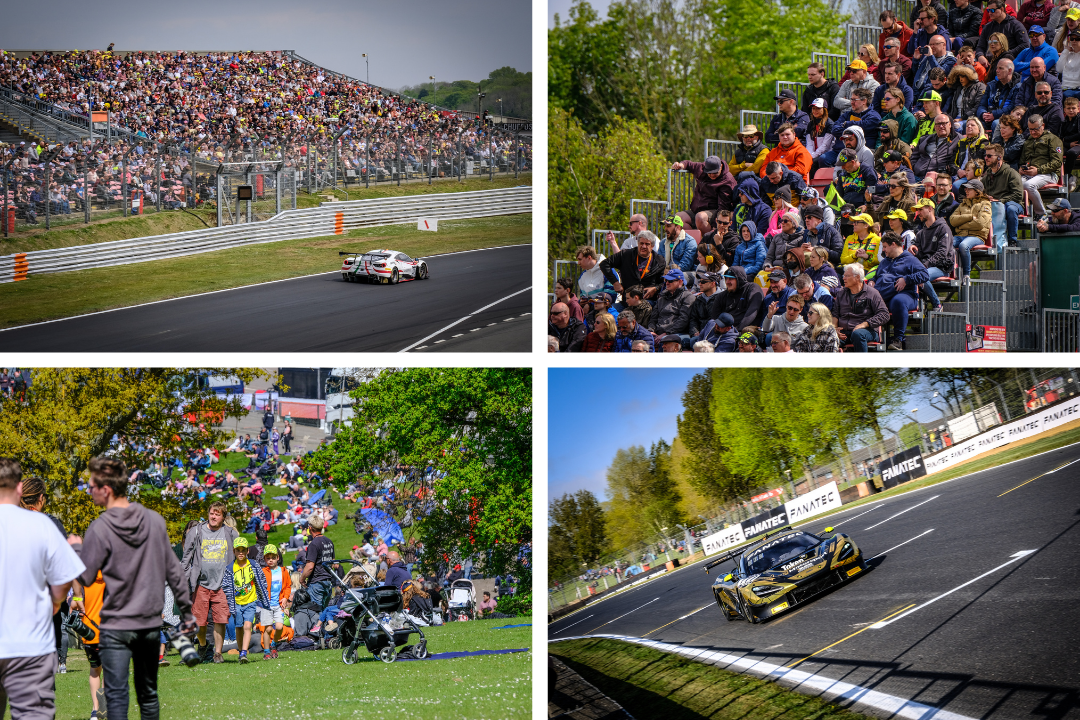 Today's second contest concluded a fantastic weekend of motorsport at Brands Hatch, with a turnout in excess of 27,000 fans creating a tremendous sense of occasion at the historic British venue. Sunday was especially busy, with little space to be found on the spectator banks and a sell-out at the Paddock Hill grandstand.

The event kicked off a busy period of the season for Fanatec GT World Challenge Europe Powered by AWS. The second Sprint Cup contest follows in two weeks' time at Magny-Cours where a packed schedule will also include GT, single-seater and touring car competition. With battle lines drawn in the chase for the Sprint Cup crown, another action-packed weekend is in store when racing resumes at the French venue.