The German marque's previous pole came at the same circuit in 2020 and its pace was clear once again today, with four of its R8 LMS Evo II models qualifying among the overall top-10 and a P1 result in the Silver Cup. They did not have it all their own way, however, with representatives from Mercedes-AMG, McLaren, Aston Martin and BMW all among the top-10 on this afternoon's starting grid.

The result owed more to consistency than outright speed, which was always likely to be the case given the sheer density of traffic created by a 52-car field. Indeed, the main task was to find the space to complete a clean and competitive lap, something that all three Team WRT drivers were able to achieve.

Dries Vanthoor was fifth in the opening session, though only the fourth best Audi after Christopher Haase topped the times for Tresor by Car Collection while series debutant Adam Eteki was an impressive P2 in the #10 Boutsen Racing machine.

Kelvin van der Linde posted the fourth best time in Q2, which was also topped by an Audi as Patric Niederhauser led the way in the #25 Saintéloc Junior Team entry. Markus Winkelhock was second in the #66 Attempto Racing Audi, followed by reigning champion Nicklas Nielsen in the #51 Iron Lynx Ferrari. 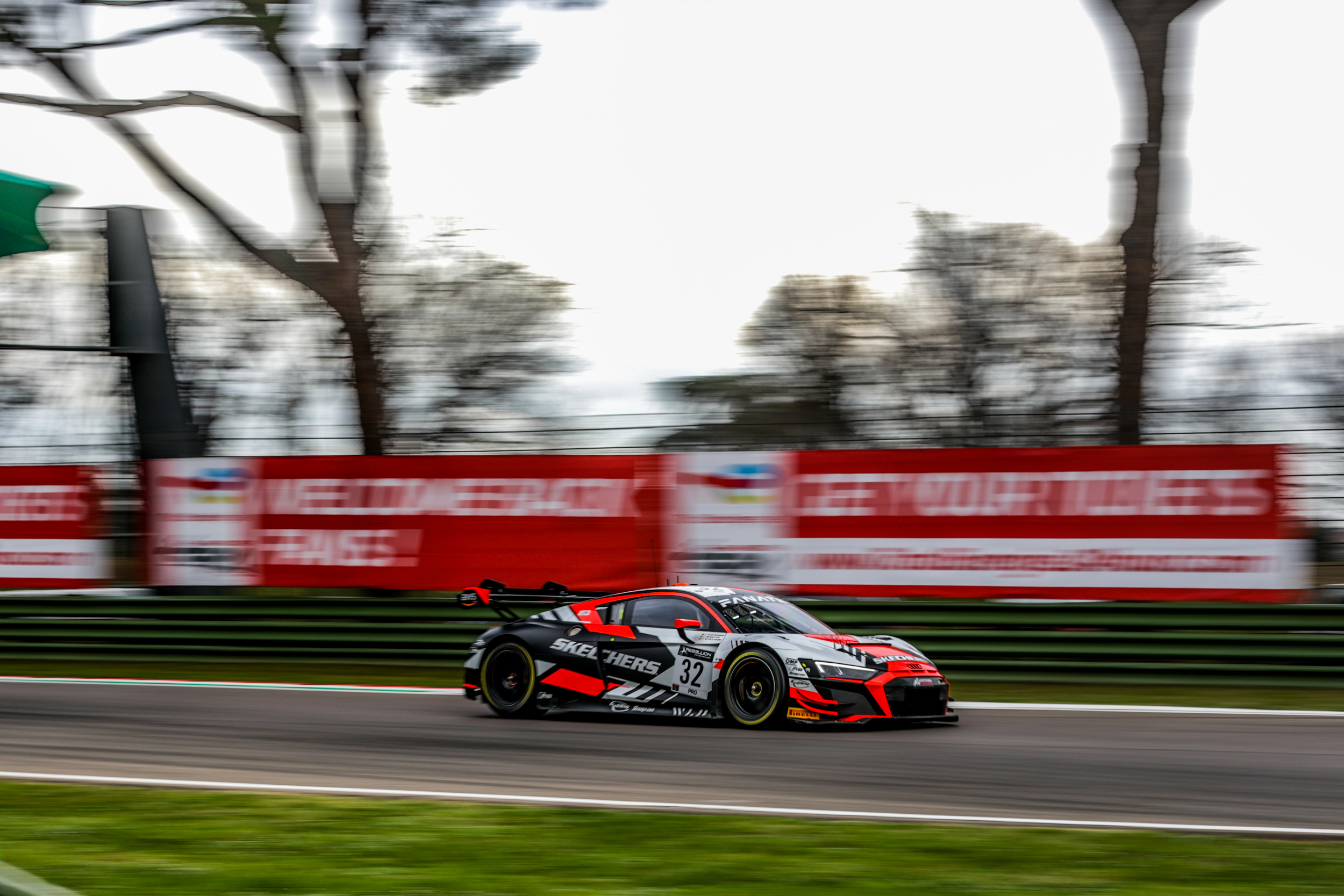 In Q3 Weerts was eighth quickest, enough to give his team pole by just 0.023s from the #25 Saintéloc machine. The young Belgian ended the session facing the wrong way at Tamburello, losing control of his car as he pushed for an even better time during the latter stages. This caused a red flag, but as it stands the #32 will start from pole.

The #88 Mercedes-AMG Team Akkodis ASP entry will roll off from third, its effort aided by a mighty Q3 performance from Jules Gounon who produced a 1m39.559s. The #12 Tresor by Car Collection entry made it three Audis in the top-four, while JP Motorsport was a fine fifth with its #111 McLaren.

Iron Lynx qualified sixth with its #51 Ferrari, recovering from a difficult start to the session, followed by the #99 Attempto Racing Audi, the #95 Beechdean AMR Aston Martin and the #98 ROWE Racing BMW. Marvin Kirchhöefer was the star of Q3 with a blistering 1m39.489s, dragging the #38 JOTA McLaren to 10th on the grid after his teammates had both failed to crack the top-20.

Silver Cup pole went to the aforementioned #99 Attempto Audi, which made good on the Saturday pace shown by Alex Aka, Nicholas Schöll and Marius Zug. They will start nine places clear of the #87 Akkodis ASP Mercedes-AMG, with the #26 Saintéloc Junior Team Audi a further position back.

The very first Gold Cup pole went to Winward Racing with the #57 Mercedes-AMG of Jens Liebhauser, Lorenzo Ferrari and Lucas Auer. Ferrari scored the best result of the trio, securing ninth overall in Q2. Pro-Am pole went to AF Corse with the #52 Ferrari of Louis Machiels, Stefano Costantini and Andrea Bertolini, who will start 12 places clear of their nearest class rival.