The start of the 2014 TotalEnergies 24 Hours of Spa was signalled by the Austrian daredevil Felix Baumgartner, who had made worldwide headlines 18 months earlier by skydiving from the stratosphere. Back on terra firma Laurens Vanthoor led the field away, the youngster having made headlines of his own on Friday by putting the #1 Belgian Audi Club Team WRT car on pole. Unlike Felix, it never fell to earth.

It did, however, face a considerable challenge from the #77 BMW of Palttala/Werner/Luhr. The Marc VDS-run car emerged as a contender to Vanthoor/Rast/Winkelhock on Saturday night and by Sunday morning the race had become a duel. Different pit strategies ensured the lead changed hands several times, though ultimately the BMW was slowed by ABS problems during the final quarter. 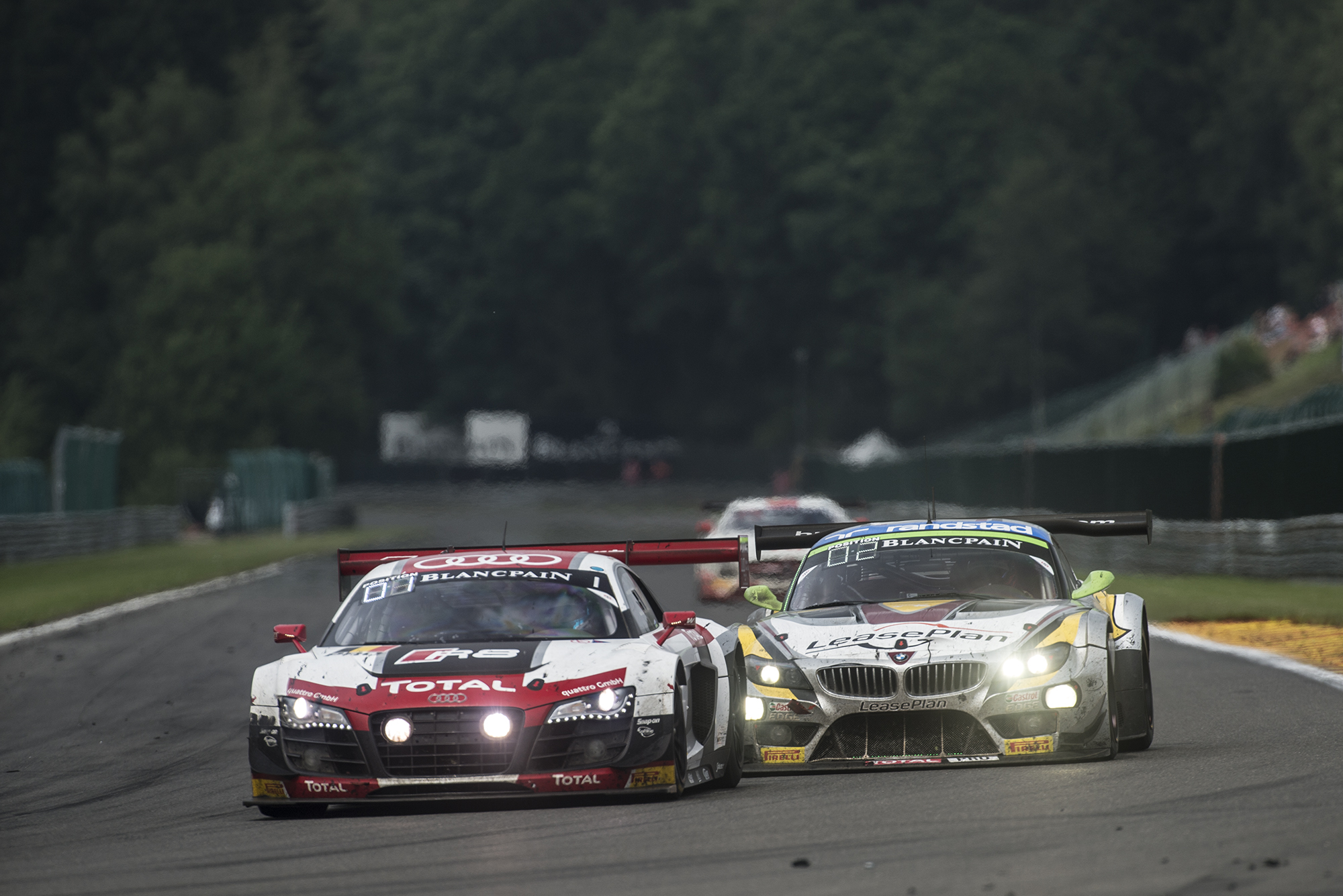 But still the team maintained hope. The #77 did not change tyres at its final pit stop, a roll of the dice that kept the BMW out front. It would only be temporary, however, as Rene Rast was in electric form at the wheel of the #1 Audi. The German driver took the lead exiting La Source 15 minutes from the end, crossing the line with a seven second advantage over the BMW. This established the record for the closest finish since GT rules were introduced in 2001 and would stand for another six years; what's more, 2014 remains the only GT3 race to be won from pole position.

For the second year in succession Ferrari claimed victory in the Pro-Am Cup and the Gentlemen Trophy classes, with AF Corse fielding both cars. Indeed, at this point in time Ferrari retained a perfect record of four wins from four races in Pro-Am. The 2014 race also produced one of the most infamous stories of the past decade when the #66 Marc VDS car struck a hare, causing significant front-end damage that ended its race.

And we can't talk about 2014 without mentioning Bernd Schneider. One year after taking victory, the 50-year-old set the fastest lap of the race at the wheel of the #84 HTP Motorsport Mercedes, beating some of the world's quickest GT drivers – several of whom were half his age.