The final entry list for this weekend’s Blancpain GT Series event at Misano World Circuit Marco Simoncelli has been confirmed, with 22 cars set to start the Sprint Cup double-header.

In a change to the original line-up, the #87 AKKA ASP Team effort will be driven by regular incumbent Nico Jamin and Russian racer Denis Bulatov, who makes his first appearance in the Sprint Cup.

But while he will be making his bow aboard the #87 Mercedes-AMG, Silver-graded Bulatov is no stranger to the AKKA squad.

The 19-year-old Russian has driven the team’s SMP-back #35 car at all three Endurance Cup events this season, taking a seventh-place finish last time out at Circuit Paul Ricard alongside Michael Meadows and Vitaly Petrov. He replaces regular driver Felix Serralles in the car.

With crewmate Nico Jamin also a Silver-graded driver, the #87 AKKA machine moves to the Silver Cup category for the Misano weekend, bringing the number of competitors in the class to eight.

Meanwhile, the #21 Audi Sport Slovakia machine of father-son duo Jiro and Christian Malcharek will compete in Pro-Am, having originally been slated for a Silver Cup entry.

The team’s Audi R8 LMS will be one of three cars competing for Pro-Am honours this weekend, with the remaining 11 entries making up the Pro class.

Track action gets underway with free practice this afternoon at 16.20 local time, followed by a second session at 20.10. Qualifying takes place at 13.50 on Saturday, followed by the opening race at 19.40. Sunday’s concluding race is set to get underway at 14.00.

As ever, all of the action will be available to watch live on the Blancpain GT Series website. 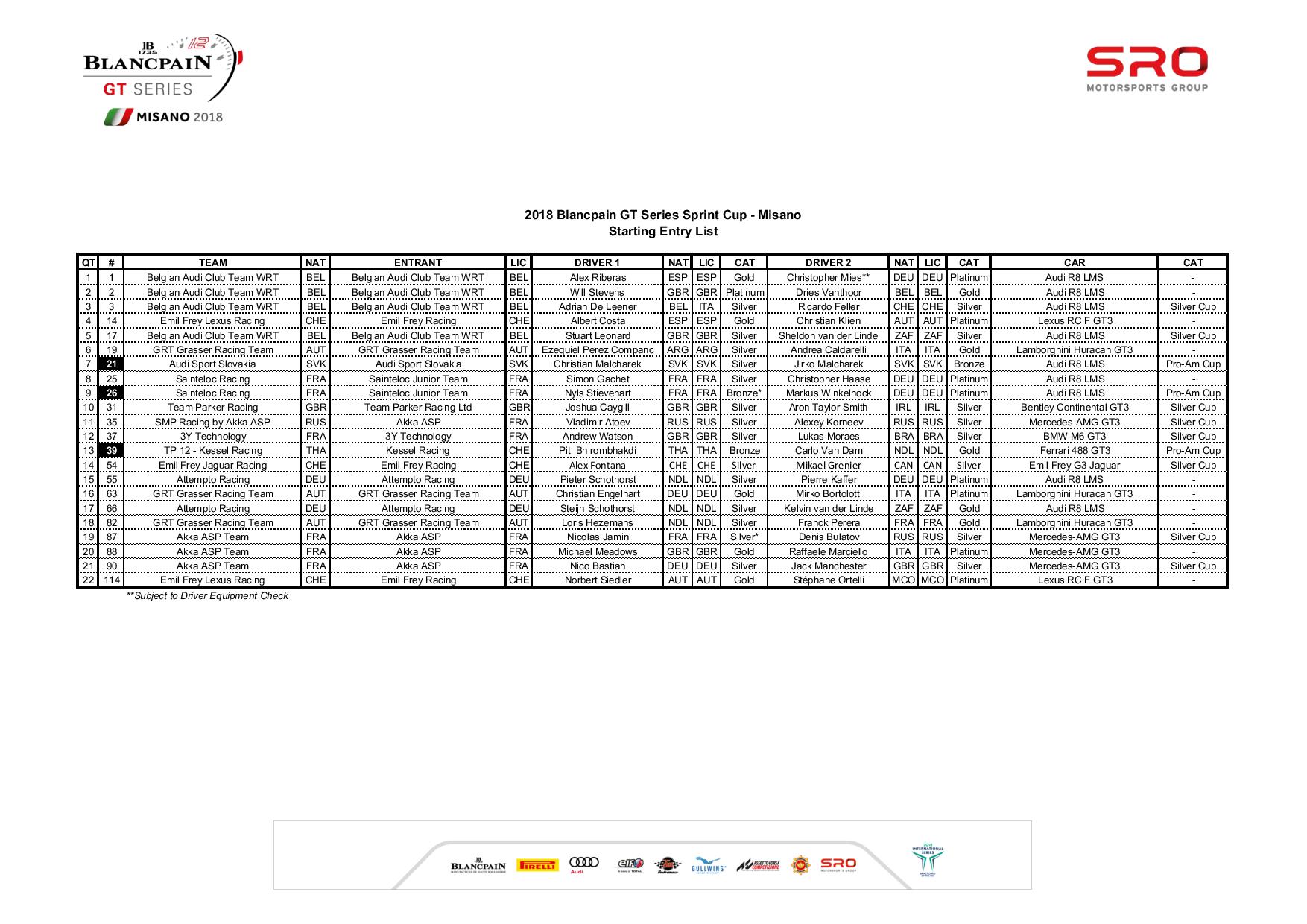 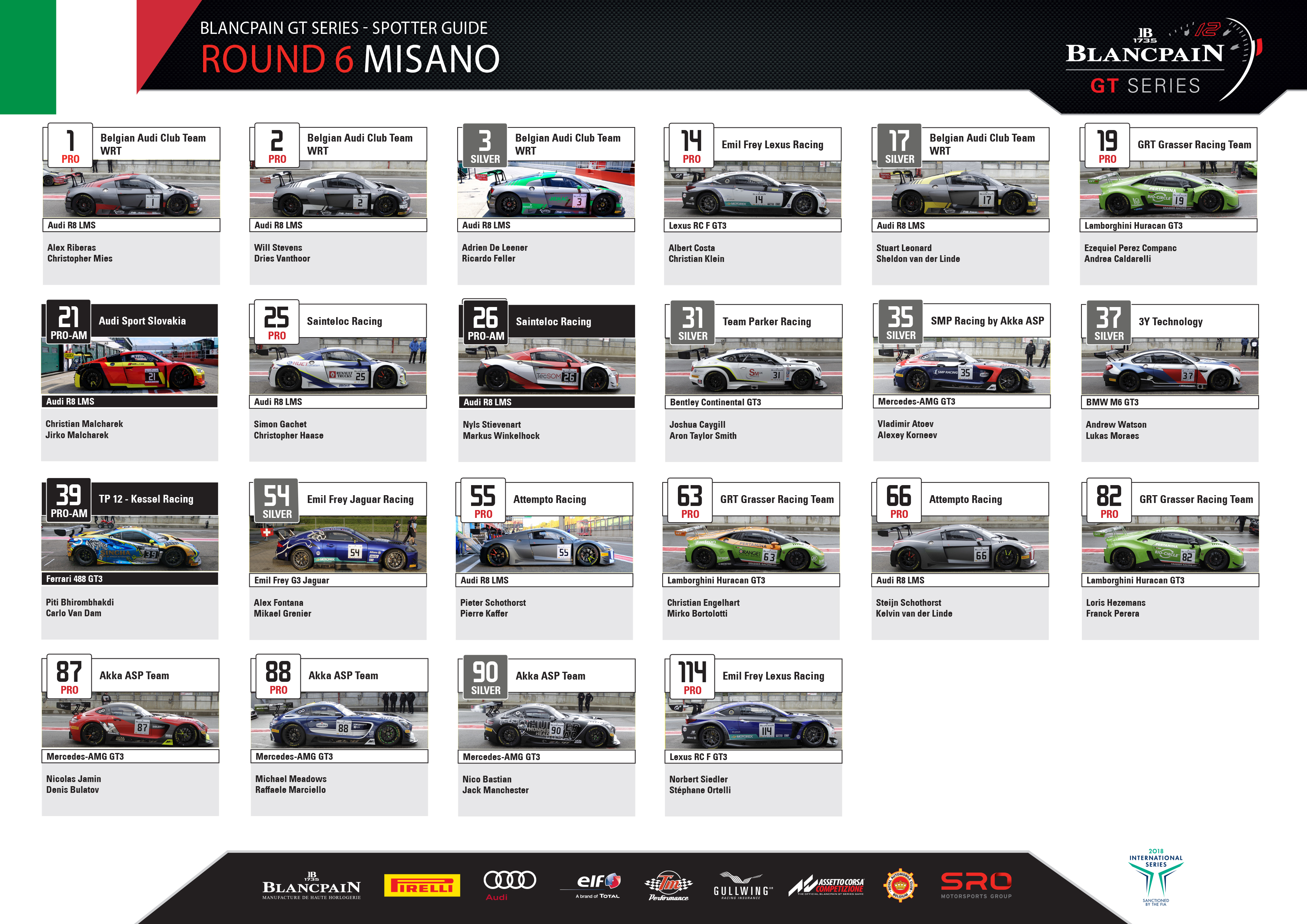