The two-day test will see a total of 45 cars representing 11 manufacturers present at the French venue as they gear up to contest Europe’s most fiercely contested GT series.

The 5.86km circuit in the south of France provides the ideal venue for pre-season testing, combining high-speed straights with a series of technical corners. This will allow competitors the chance to fine-tune their equipment ahead of the season-opening round at Zolder (6-8 April).

The line-up for the test days will include fresh additions and returning favourites on the team and driver fronts, as well as a new full-season manufacturer in Japanese brand Lexus. Representatives from Pro, Pro-Am, Am and the expanded Silver Cup are all among the cars slated to participate.

Running is scheduled to begin on Tuesday at 09:00 CET with a four-hour morning session. The afternoon session will start at 14:00, concluding at 17:00. Wednesday’s running will follow the same schedule.

Both days will be covered extensively on the Blancpain GT Series social media channels, providing an insight into events both on and off the circuit as we get a first glimpse at the class of 2018. 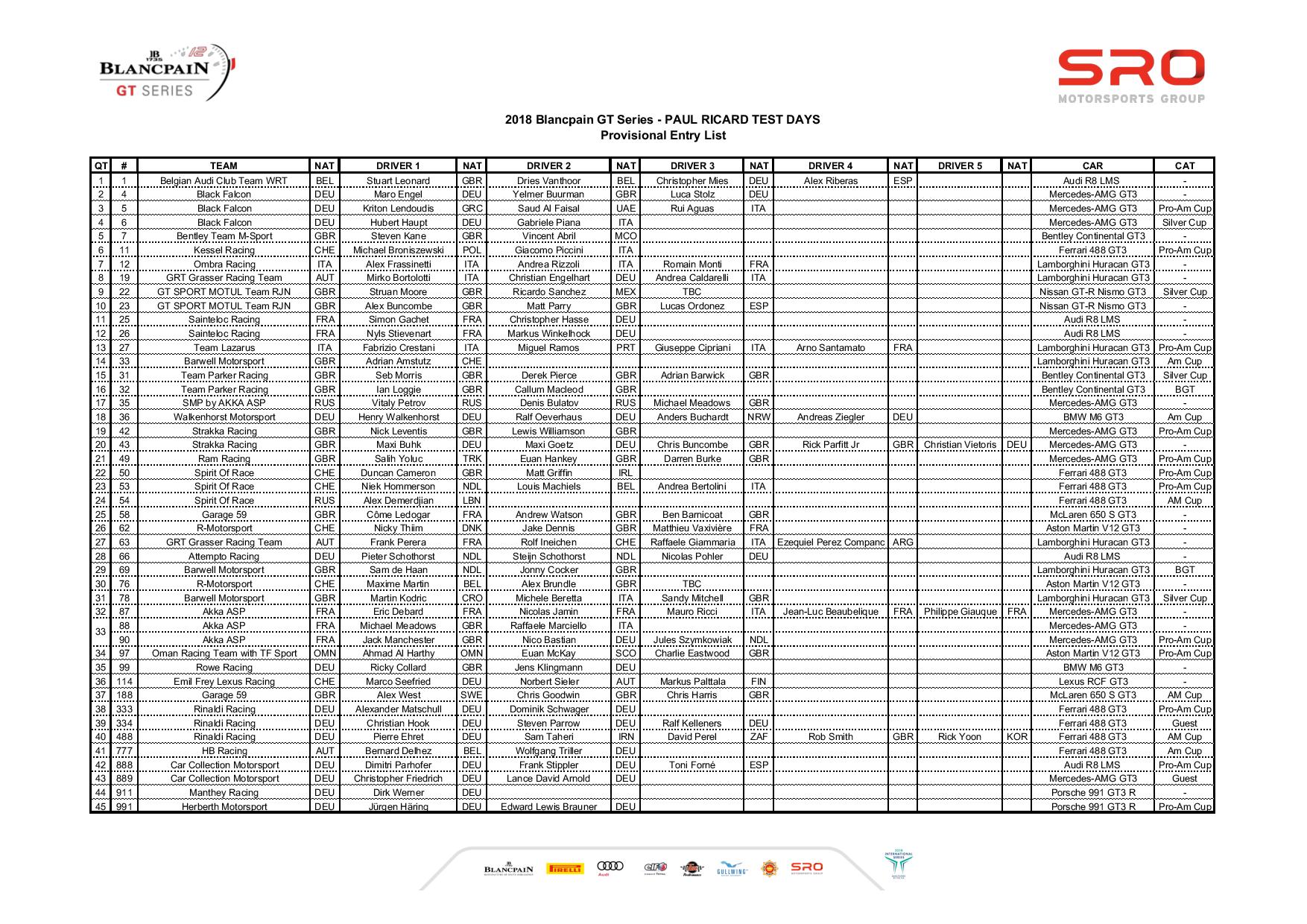