Next weekend, the iconic Nürburgring will host the final round of the 2014 Blancpain Endurance Series. The fight for this year’s titles is still wide open in all three categories, with several drivers and teams hoping for a favourable outcome. The iRacing.com Nürburgring 1000 is a six-hour race, the second longest race of the season after the Total 24 Hours of Spa. The length of the race and the unpredictable Eifel weather conditions should produce an unforgettable season finale, especially since the regular Blancpain Endurance Series participants will be joined by some interesting new drivers and teams. 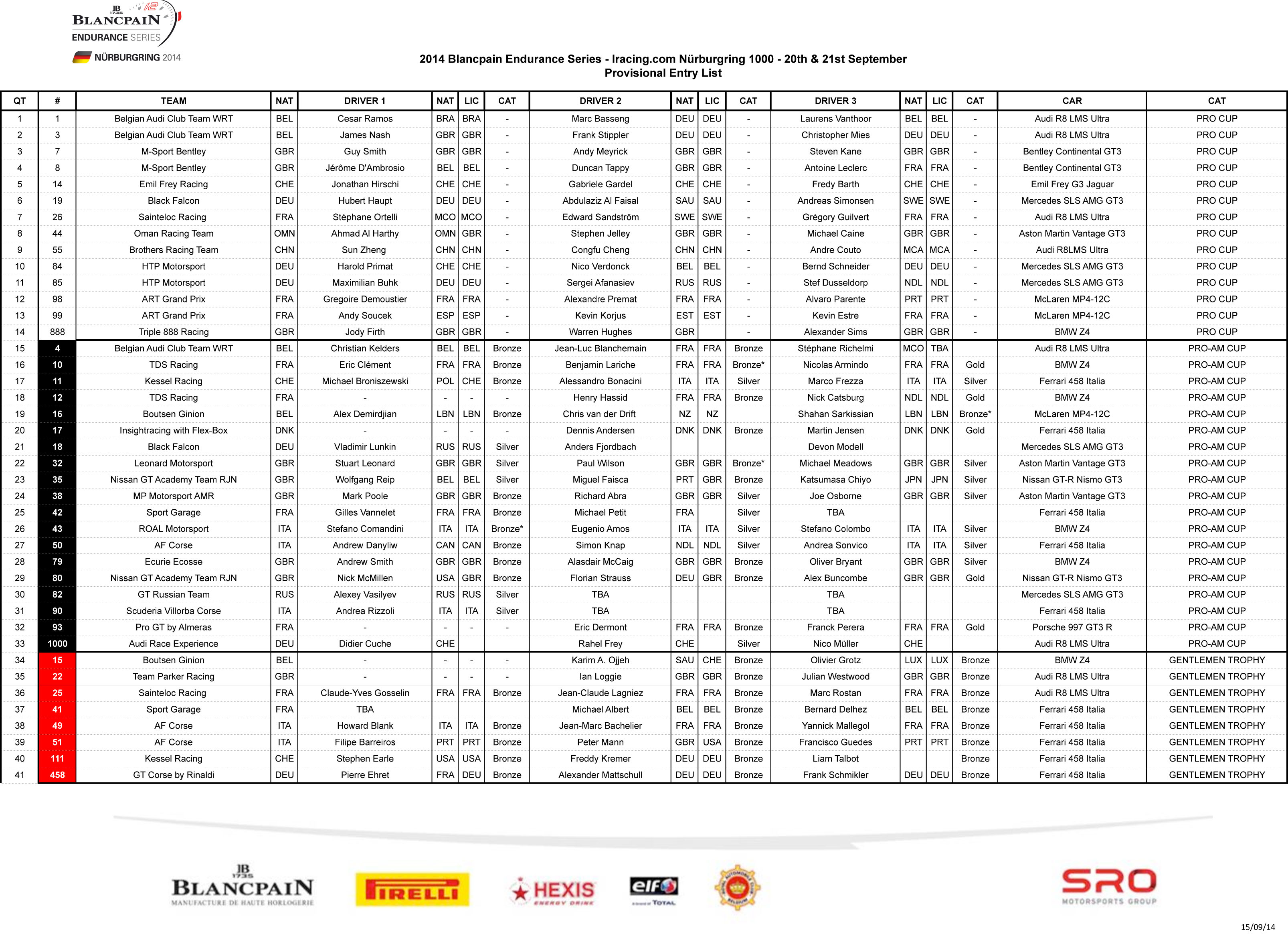