Next weekend the drivers and teams of the 2014 Blancpain Sprint Series will come into action at the Slovakia Ring. Located 40km east of Bratislava, the Slovak Republic’s capital city, this modern and demanding racetrack was inaugurated in 2009 and has always produced exciting races. With three different teams winning the first three main races of the current season, the upcoming Slovakian round of the Blancpain Sprint Series promises to be an interesting start to the second half of the season. 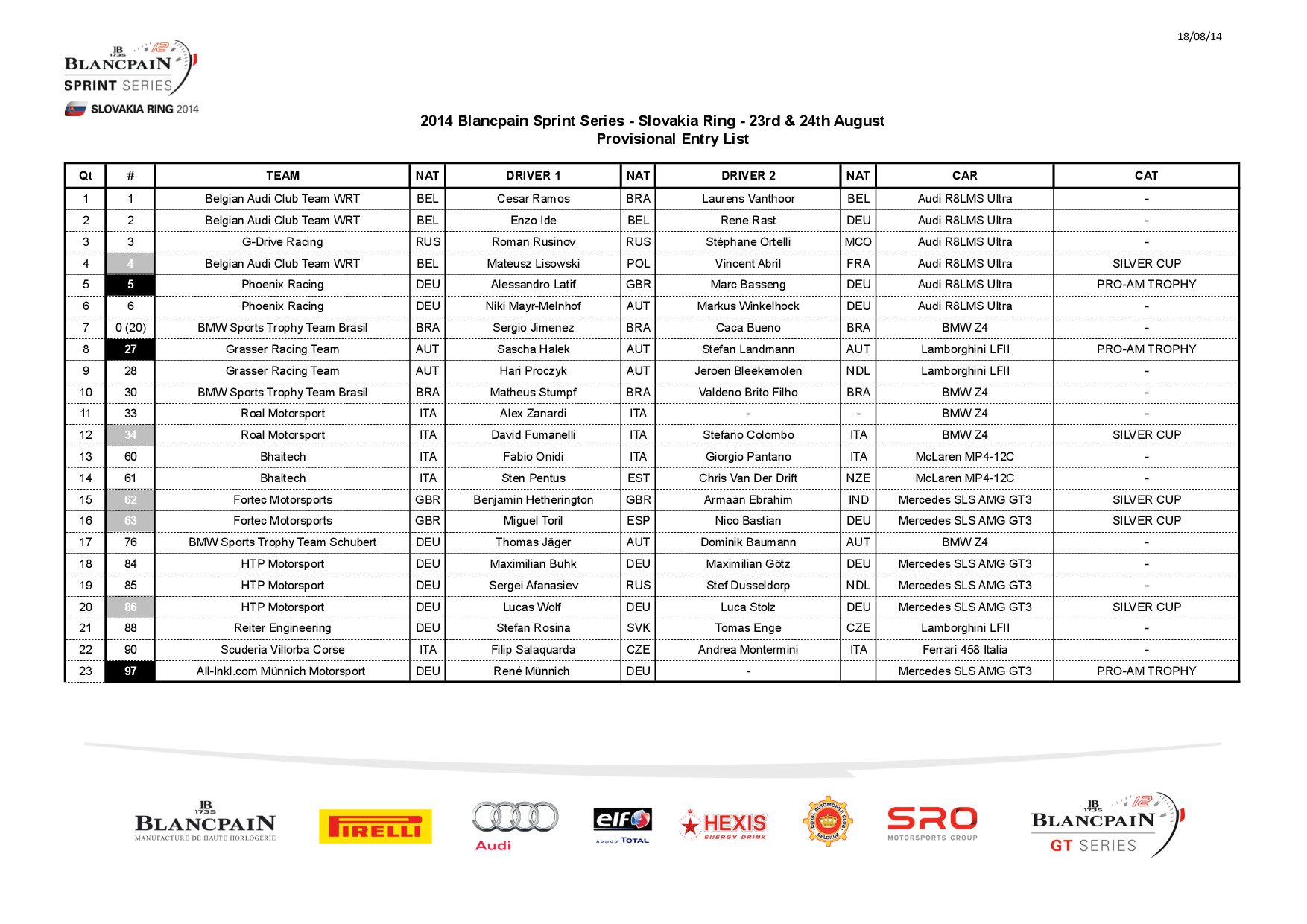