The 66th edition of the Total 24 Hours of Spa – celebrating the 90th anniversary of the endurance classic – will see 61 cars on the entry list. With only a couple of days left before the first on-track action for the highlight of the Blancpain Endurance Series almost all the teams have completed their driver line-ups. The Belgian classic will see former F1 drivers, endurance aces and promising young talents at the start of what promises to be a unforgettable edition of the Total 24 Hours of Spa. A round up of the latest additions to the entry list. 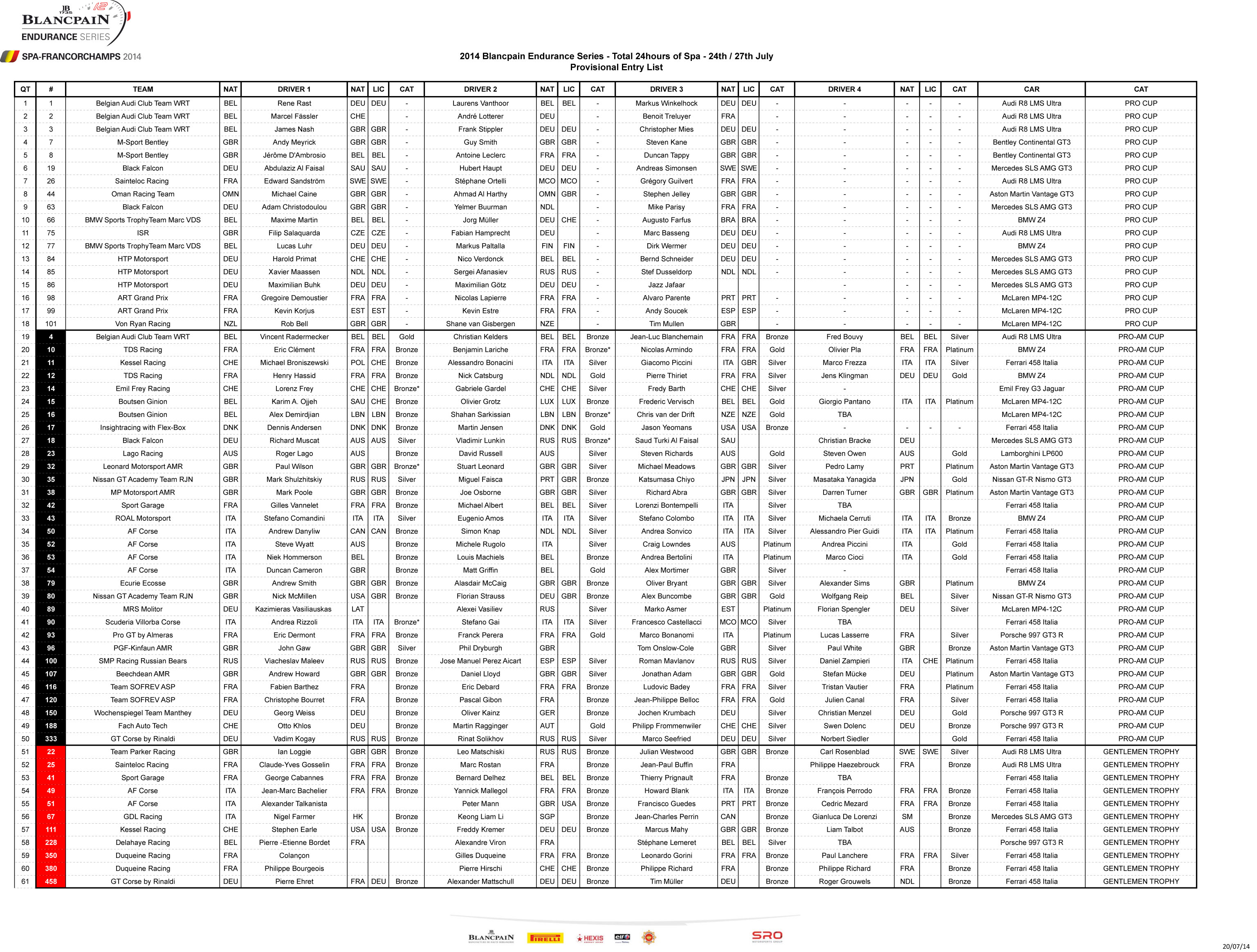