The three-hour race at Le Castellet is barely behind us, but it is already time to get ready for the jewel in the crown of the Blancpain Endurance Series, the Total 24 Hours of Spa. On Wednesday July 2nd 40 cars representing no fewer than 11 prestigious car manufacturers will participate in the official test day at the Belgian track of Spa-Francorchamps.

With the Total 24 Hours of Spa (July 23-27) only a couple of weeks away, the teams and drivers are completing their final preparations for the highlight of the 2014 Blancpain Endurance Series season. On Wednesday July 2nd the Series regulars will be joined by the teams that will participate in the Belgian endurance classic during the official test day for the event.

Series stalwarts AF Corse and Belgian Audi Club Team WRT come out in force, with three and four cars respectively. For the first time in 2014 they will have the opportunity to measure themselves with the reigning champions in the Blancpain Endurance Series Pro Cup, the Marc VDS Racing Team. The Belgian squad enters two BMW Z4 GT3.

With 40 cars, representing Aston Martin, Audi, Bentley, BMW, Ferrari, Jaguar, Lamborghini, McLaren, Mercedes, Nissan and Porsche, the official test day is an excellent opportunity for fans and journalists alike to watch and study the contenders for the 90th anniversary edition of the Total 24 Hours of Spa. Action starts at 9am and ends at 6pm, with a lunch break between noon and 1pm. These eight hours of high level GT3 action are absolutely free to the public. 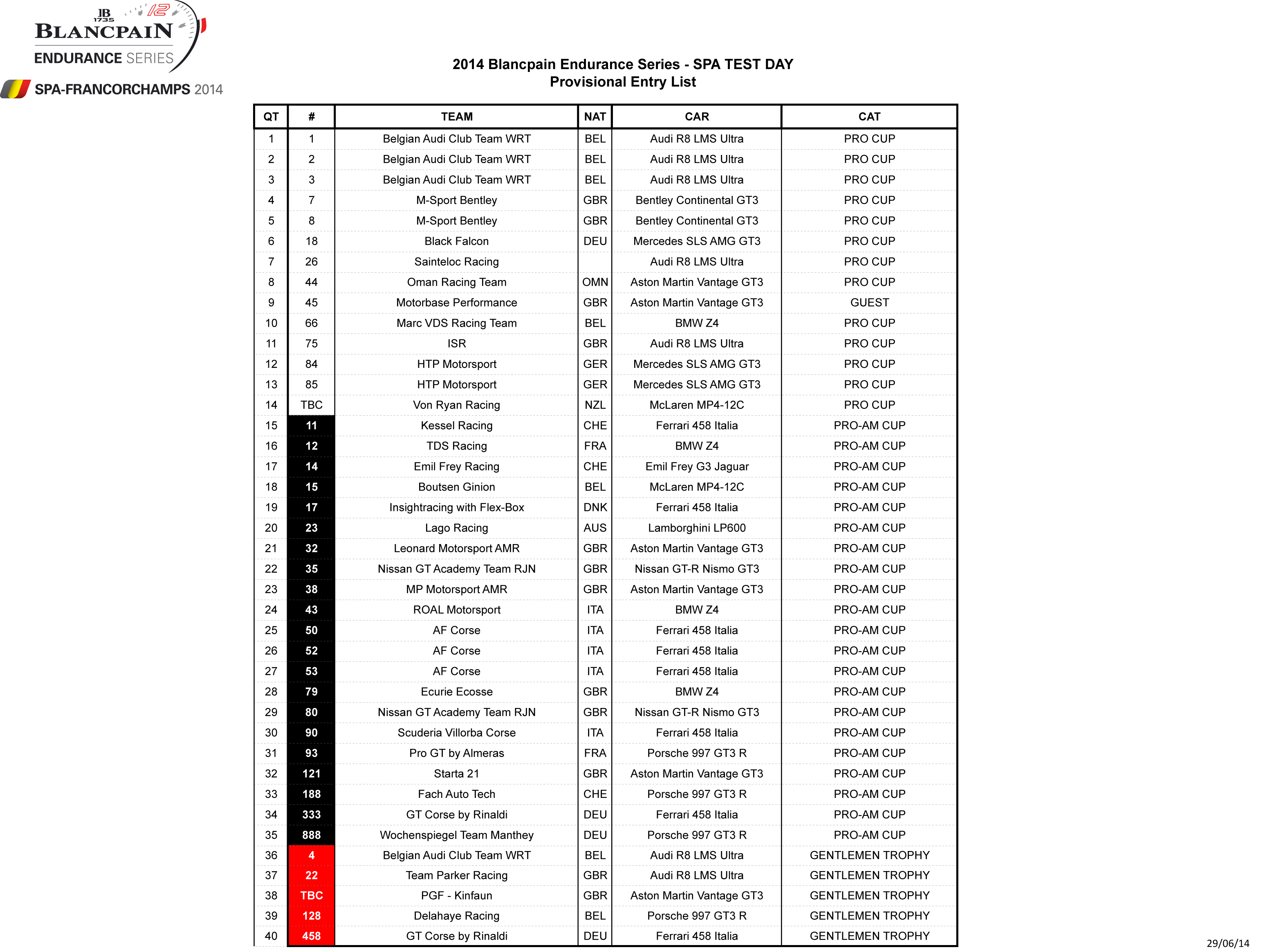