A scintillating win from Tommaso Mosca saw the Akkodis ASP Mercedes-AMG driver secure five crucial real-world championship points, the Italian seeing off all challenges in the second round of the Fanatec Esports GT Pro Series at Circuit Paul Ricard.

The Silver Class driver had secured pole by 0.020s from Alex Aka (Attempto Racing Audi), who challenged Mosca in fits and spurts during the first half of the Assetto Corsa Competizione race but fell away after the pit cycle. The man who displaced him was Mosca’s team-mate, Raffaele Marciello, the Pro class star using a canny long-run strategy to stop late and claim the runner-up position. 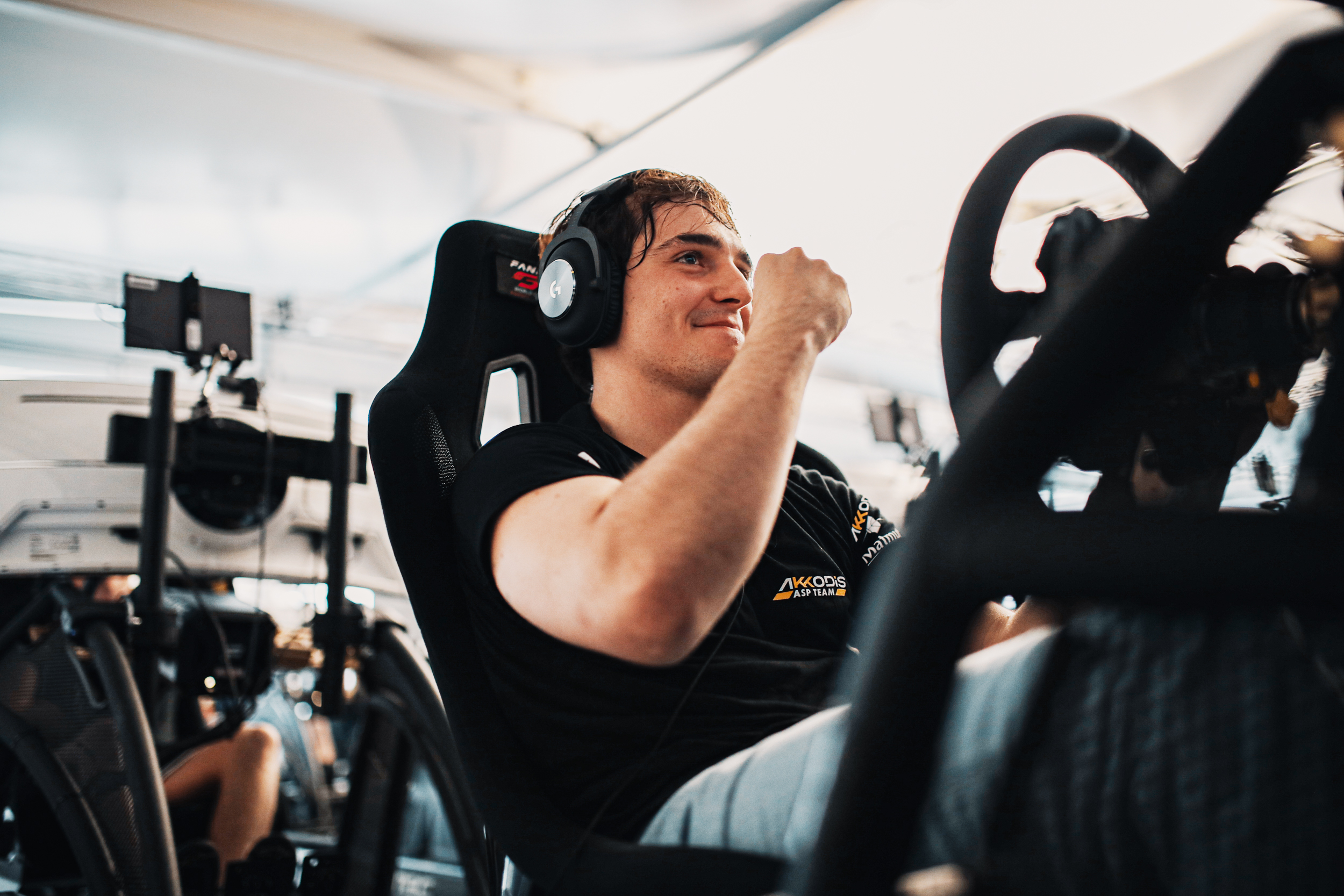 Mosca showed fine form in the earlier qualifying session, and the Italian carried this into the first corner by leading confidently as others behind him made contact. A power issue soon halted the race, however, meaning Mosca had it all to do again at the restart.

It looked never in doubt as the Akkodis driver asserted his supremacy once more, whilst behind him the Emil Frey Racing Lamborghini of Arthur Rougier and the Attempto Racing Audi of Alex Aka came together at the first corner, both taking to the run-off on opposite sides of the circuit.

This elevated the Audi of Kelvin van der Linde (Team WRT) and the Lamborghini of Yuki Nemoto (Vincenzo Sospiri Racing) to third and fourth, as Rougier – his momentum stymied by the first corner off – dropped down the order like a stone. The Pro-class Dinamic Motorsport Porsche of Matteo Cairoli retired early with damage, whilst Marciello and Luca Ghiotto (Tresor by Car Collection Audi) came together exiting the Mistral Straight, sending the latter slamming into the wall.

Van der Linde, whose various incidents throughout the race would ultimately earn him no fewer than three penalties, found himself in an early tussle with the Iron Lynx Ferrari of Niklas Nielsen. Further down the field, Imola winner Neil Verhagen (ROWE Racing BMW) was slipping only further form his 11th-place starting spot, being passed for 13th by Dennis Lind, who began the race at the back in his JP Motorsport McLaren.

Marciello moved up to fifth by pushing his way past Nemoto. Aka, meanwhile, closed on Mosca, the gap now down to 0.4s. In the fierce battle for the final Silver points, the Allied Racing Porsche of Joel Sturm speared off after being tagged into the first corner by the Haupt Racing Mercedes-AMG of Jannes Fittje.

As the race reached the 20-minute mark Aka was pushing Mosca hard, but the latter defended stoutly, somehow soaking up the pressure as the German jinked left and right. Van der Linde was dicing with Nielsen down the pit straight, with Rougier joining them to go three-wide. The WRT driver then hit Nielsen, who in turn hit Rougier, Van der Linde driving away while the other two were sent spinning off.

On the half-hour mark, Van der Linde hit a recovering Rougier from behind just after the Frenchman had passed him. There were audible gasps in the Fanatec Esports Arena as the #32 WRT car became involved in yet another incident. Marciello had enjoyed a rather more serene race to move into the runner-up spot, holding this position after his pit stop as it appeared Aka had used up his pace early on.

It was smooth sailing out front, however, as the positions stayed constant until the chequered flag. Mosca crossed the line to win by four seconds from Marciello, gaining €6,000 and five precious real-world Silver Cup championship points in the process. Marciello earned maximum points towards the overall championship, enough to send Akkodis ASP to the top of the teams' standings for the first time this season.

The third round of the Fanatec Esports GT Pro Series will take place on 28-31 July, forming part of the marquee TotalEnergies 24 Hours of Spa. 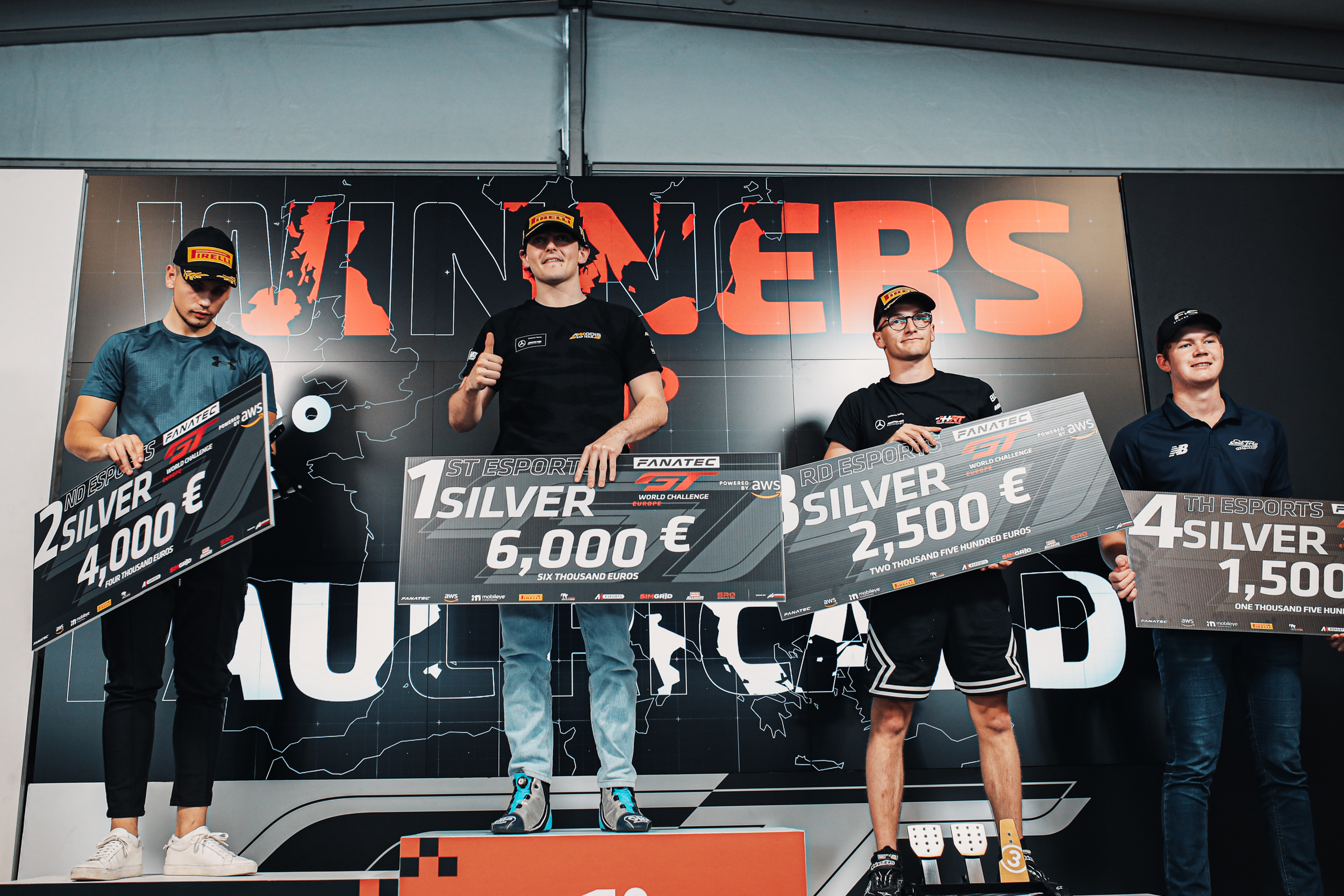