Mercedes-AMG Team Akkodis ASP led an incident filled opening free practice session of 2022 at Imola, which saw the fastest 27 cars covered by less than one second.

Raffaele Marciello posted a 1m40.298s to edge the #95 Beechdean AMR Aston Martin of Maxime Martin by 0.127s at the top of the timesheets. Mercedes-AMG Team GetSpeed was third quickest overall courtesy of Luca Stolz, who was 0.134s shy of Marciello.

Attempto Racing led the Silver Cup with its #99 Audi. Alex Aka posted a 1m40.623s to finish eighth overall and within three tenths of the overall pace. This was seven positions clear of the #777 Al Manar by HRT Mercedes-AMG, while the #26 Saintéloc Racing Audi was a further place back.

Winward Racing topped the new Gold Cup class with its #57 Mercedes-AMG thanks to Lucas Auer, whose 1m40.713s was good enough for 12th overall. Beechdean AMR's strong overall showing was complemented by its #97 Aston Martin taking second among the Gold runners in 13th overall. In Pro-Am, AF Corse emerged on top thanks to a 1m41.353s lap from Andrea Bertolini that placed the #52 Ferrari in P30 overall. 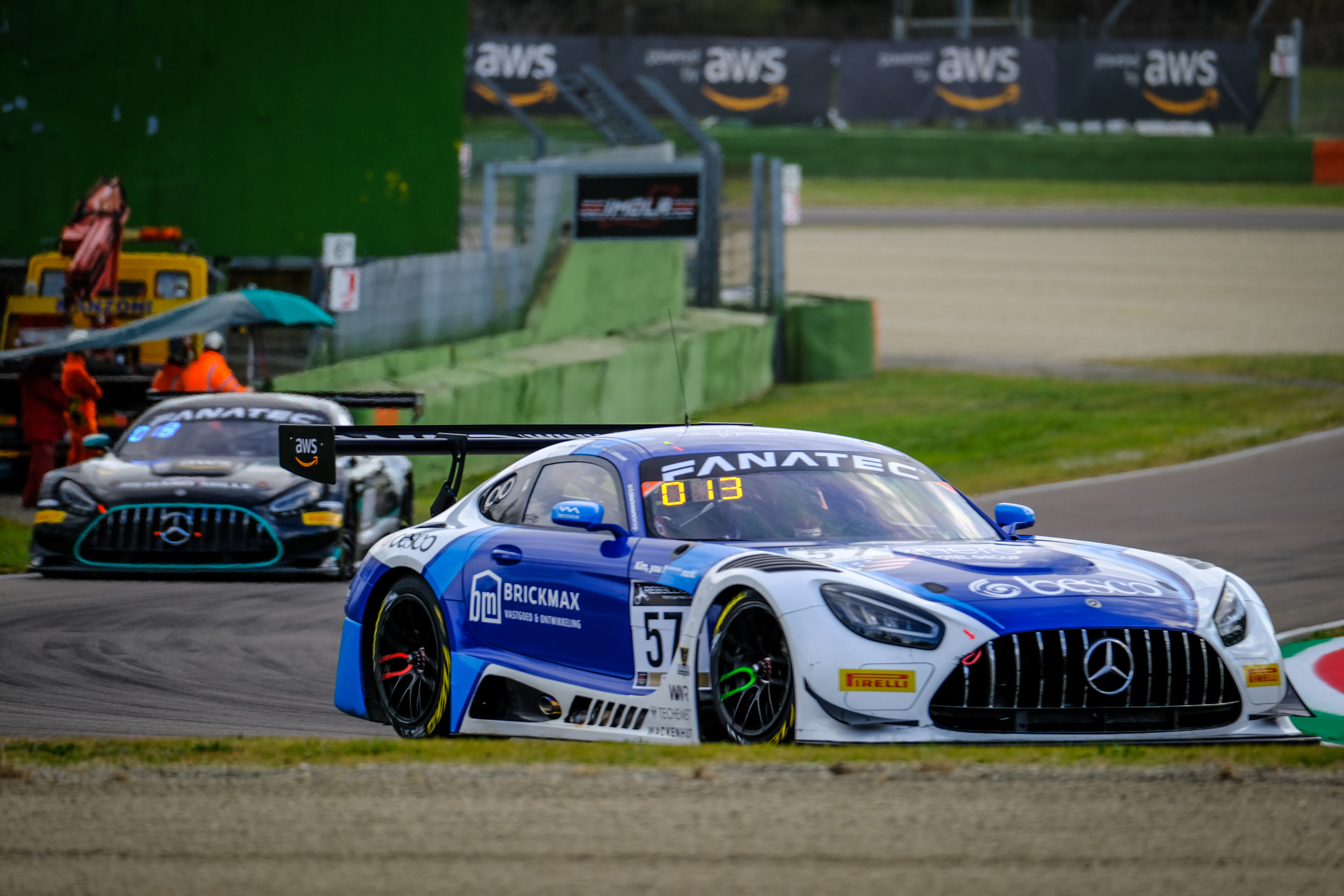 With a 52-car field this weekend, finding space for a clean lap was difficult. This was compounded by no fewer than nine full-course yellow periods to replace a bollard that was repeatedly knocked out of place the Variante Alta chicane.

There were further incidents for the #3 GetSpeed Mercedes-AMG, which spun at Acque Minerali, and late contact that involved the #54 Dinamic Motorsport Porsche, the #159 Garage 59 McLaren and the #33 Team WRT Audi. The latter was also involved in contact on pit lane with the #88 Mercedes-AMG Team Akkodis ASP car.

The session also saw Valentino Rossi make his first appearance in a competitive session since switching to GT racing. The Italian took over from Vervisch at the wheel of the #46 Team WRT Audi and lapped within two seconds of the Belgian.

Cars will be back on-track for another 90 minutes of running when pre-qualifying gets underway this afternoon at 14:05. Live streaming can be found across the Fanatec GT World Challenge Europe Powered by AWS website and social media channels with English, French, German and Italian commentary options available.