SRO Esports’ paddock-based series, staged at each of this year’s five Endurance Cup events, was the first to award real-world points to an international teams’ championship when it debuted at Monza in 2021. Now the innovative concept returns with several tweaks designed to further blur the line between virtual and reality.

First up, the entries.

As before, each Overall and Silver class team contesting both Fanatec GT World Challenge Europe Powered by AWS’s Sprint and Endurance Cups must also enter the Fanatec Esports GT Pro Series. However, this year’s starting grid is capped at 24 cars: 12 Pro and 12 Silver. To achieve that number a form of hot lap qualifying has been introduced after each driver’s practice session, which will determine the 12 fastest in each category. Only these entries then progress to Saturday night’s one-hour race.

There, a standalone qualifying session sets the grid for a subsequent one-hour race staged inside the Fanatec Arena where each real-world team has been equipped with the same Fanatec Rennsport Cockpit V2 rig – which includes a Podium Wheel Base DD2, Podium Hub, Clubsport Pedal V3 and Podium Wheel Rim R300 – and AK Informatica gaming PC for the entire season.

Those teams with multiple real-world entries may only enter one car per class per race. However, nominated drivers can be changed on a per event basis provided they are part of the team’s real-world crew at that particular round.

The number of points on offer this year has also increased from a maximum of three per event and 15 in total to five for a victory. The maximum 25 for winning all five rounds would be more than enough to have a significant impact on the real-world Overall and Silver teams’ championship standings. What’s more, points are now awarded down to fifth place (5-4-3-2-1) instead of to only the top three in each class.

Meanwhile, SRO Motorsports Group has entered into a new sponsorship agreement with Mobileye, an Intel Company. Its branding will appear around the on-site Fanatec Arena as part of a wider agreement that sees the global innovator in autonomous and assisted-driving technology become title partner of SRO Esports’ four online series: the Mobileye GT World Challenge Esports Championships in Europe, Asia, and America, plus the new Intercontinental GT Challenge Esports Championship Powered by Mobileye.

READY PLAYER ONE. AND TWO. AND THR…

Eight manufacturers and 20 teams appear on Imola’s 29-strong provisional esports entry list, although only 24 will take the start of Saturday’s race once one Pro and four Silvers miss the cut.

Reigning Pro class champions Emil Frey Racing will surely start amongst the favourites thanks to the returning Arthur Rougier who notched up two wins and as many podiums from his four starts in the Lamborghini last season. And there’s also a familiar look at Madpanda who clinched the Silver crown with Mercedes-AMG. Ezequiel Perez Companc lines up for them once more.

The opening round of this year’s Fanatec Esports GT Pro Series goes green at 19:05 CEST (GMT +2) on Saturday. Watch it live in the company of David Addison and Ben Constanduros on SRO’s GT World YouTube channel.

Click below to set a reminder for Saturday's live coverage: 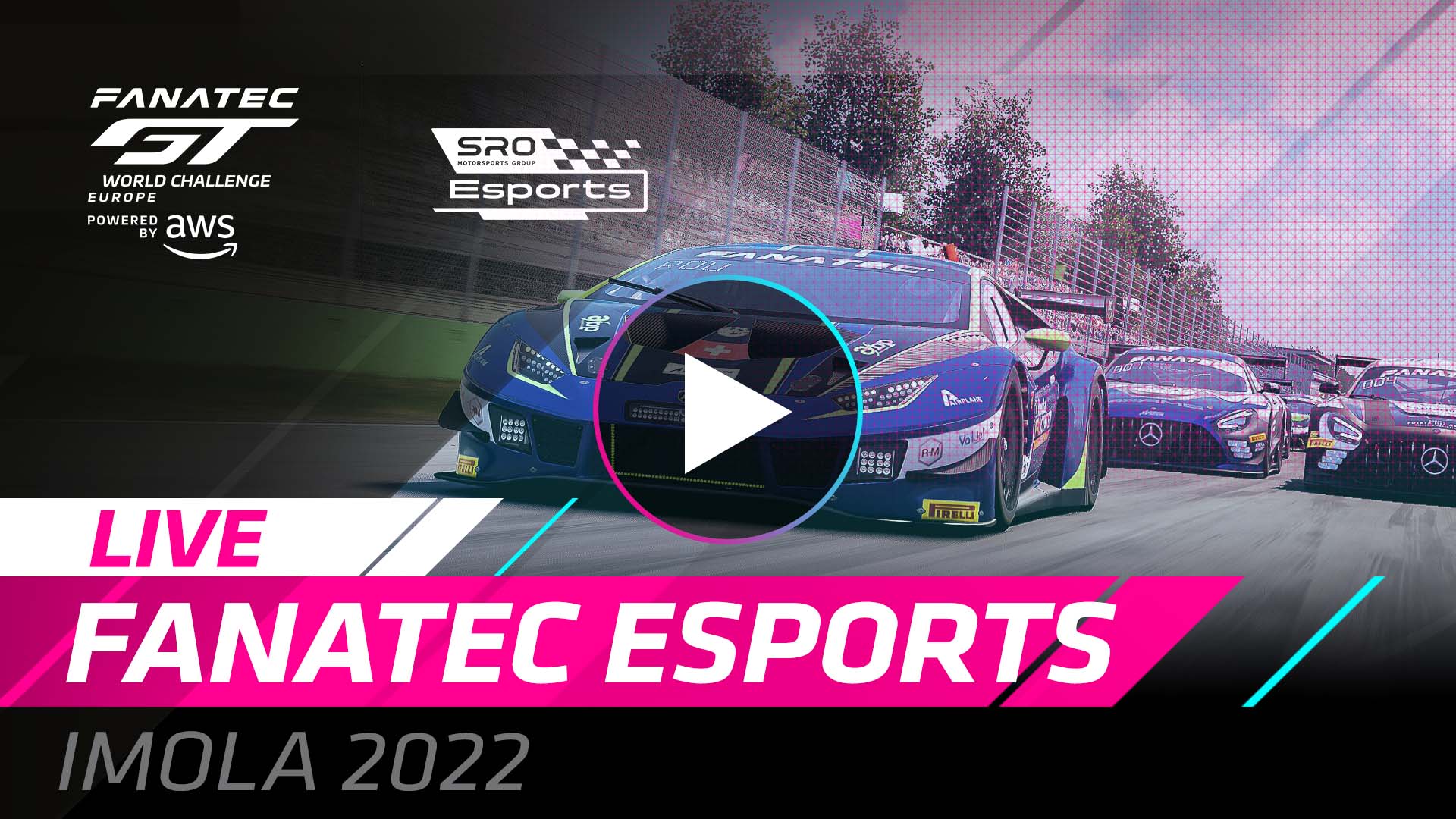