Fanatec GT World Challenge Europe Powered by AWS will open its 2022 season with a three-hour Endurance Cup contest at Imola thanks to a new agreement between SRO Motorsports Group and the Italian circuit.

Scheduled for 1-3 April, the race will represent a popular return to the Emilia-Romagna venue after it hosted the opening round of the 2020 series. Following an impressive event that was well received by teams, drivers and fans, the decision has now been taken to launch the 2022 campaign at the historic track. It takes the place of Monza, which previously staged the opener from 2011 through 2019 and again in 2021.

Officially known as Autodromo Enzo e Dino Ferrari, the 4.9km anti-clockwise circuit lies on the outskirts of Imola town and combines a fast, flowing layout with considerable motorsport heritage. The long-time host of the San Marino and more recently Emilia-Romagna Grands Prix, Imola also staged FIA GT Championship meetings in 2004 and 2005 among many other top-level series.

In 2022 it will open the new Endurance Cup season for the second time, while a trio of high-level support series will also form part of the on-track programme. Lamborghini Super Trofeo will get underway on home turf, beginning its 12th year in succession alongside the Fanatec GT World Challenge Europe Powered by AWS. The GT4 European Series also returns to Imola following its 2020 outing, while the Fanatec GT2 European Series is set for its maiden trip to the circuit after a successful debut season.

The dates for next year’s Official Test Days at Circuit Paul Ricard have also been finalised. The traditional pre-season event will take place on 7 and 8 March at the French venue, giving competitors two days of running in preparation for the 2022 campaign.

Pietro Benvenuti, Imola Circuit General Manager: "It is undoubtedly a fact that the presence of internationally renowned sporting events certifies the central role of our circuit in the world of motorsport. The return of Fanatec GT World Challenge Europe Powered by AWS to Imola proves it and constitutes yet another part of a truly important 2022 calendar. Our mission, as we have repeatedly reiterated, is an increasingly multifunctional use of the structure but the core business obviously remains the motor activity, and races such as Fanatec GT World Challenge Europe Powered by AWS represent an economic driving force of great importance for the territory, in a time when strong signs of recovery are needed.”

Stéphane Ratel, SRO Motorsports Group Founder & CEO: “I am delighted that we will return to Imola next year to open the Fanatec GT World Challenge Europe Powered by AWS season. We were immensely impressed by what we experienced in 2020, particularly as the event was organised at short notice and amid significant Covid restrictions. So, when an opportunity arose for 2022, we worked hard to ensure that it became a reality. This circuit possesses a unique atmosphere that I really look forward to experiencing again next year. What’s more, I am very pleased that the Lamborghini Super Trofeo, GT4 European Series and Fanatec GT2 European Series will all be part of the programme. It promises to be a perfect way to open the new season.” 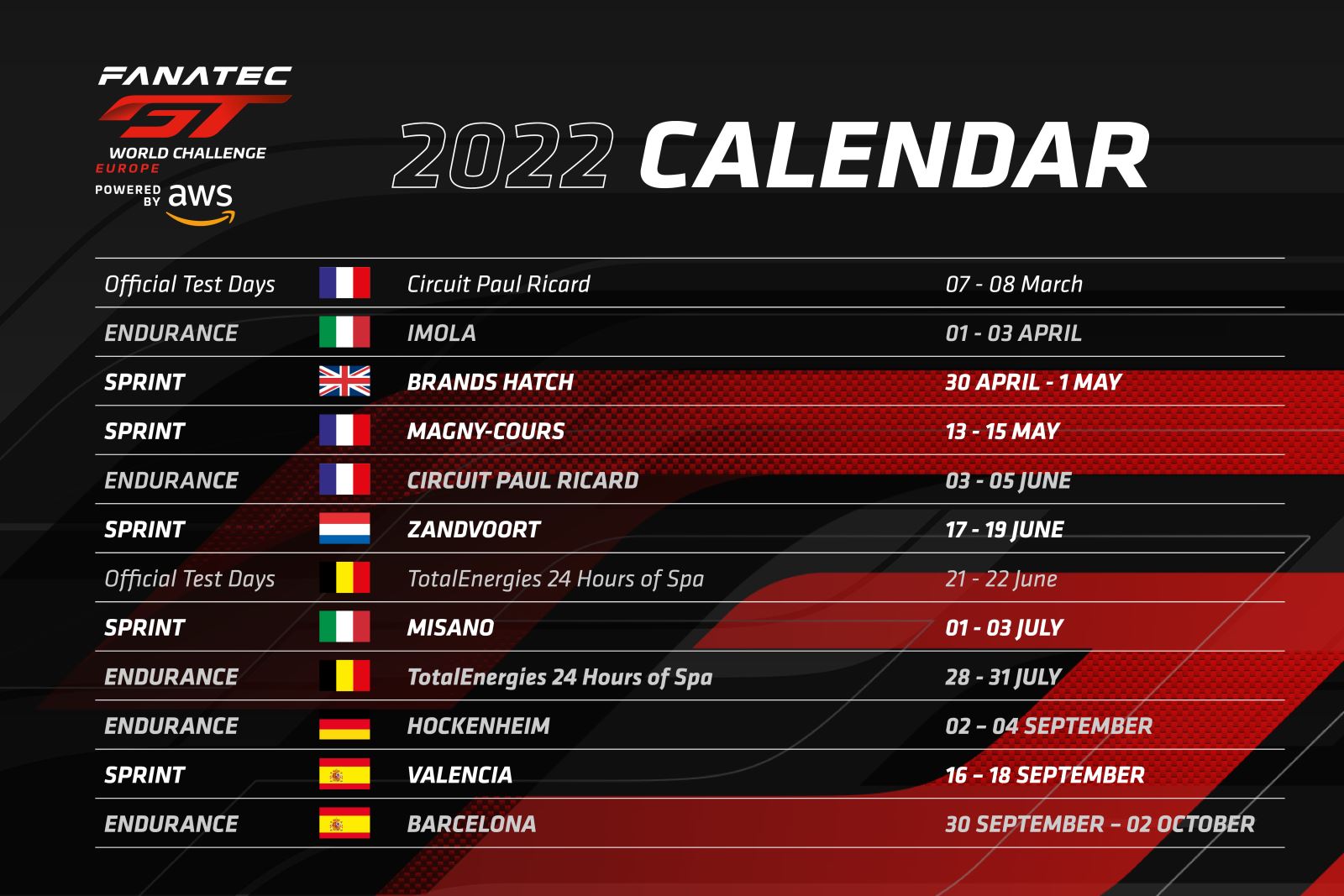