History was made earlier this evening inside the Fanatec Arena at the Nurburgring where Arthur Rougier wrapped up the inaugural Fanatec Esports GT Pro Series title for Emil Frey Racing with a round to spare and Ryuichiro Tomita became the first Silver-graded driver to win a race outright.

Team WRT’s Audi was in a class of its own for much of the hour-long contest after passing team-mate and pole sitter Dries Vanthoor at the first corner on lap one. From there its Japanese star eased away to eventually record a 14s victory over Rougier who scooped his second Pro win of the campaign and fourth podium in as many esports outings, as well as maximum real-world Fanatec GT World Challenge Europe Powered by AWS points for his team.

GRT Grasser Racing’s Lamborghini driven by Kikko Galbiati recovered from a poor start to salvage fourth overall behind Pittard but also second in Silver ahead of Alex Fontana (Emil Frey Racing, Lamborghini) who enjoyed an entertaining scrap with Cairoli.

TOMITA TOO HOT TO HANDLE

In truth, real-world driver gradings have no bearing on esports prowess. And after the first three rounds were all won by Pros, it was high time that someone from the Silver ranks proved it.

Step forward Ryuichiro Tomita who’d already served notice of his sim racing talent by claiming class victory at Monza. He was beaten to pole by Fanatec Esports debutant and team-mate Dries Vanthoor in qualifying here, but the positions were almost instantly reversed as the field powered towards and through Turn 1.

Vanthoor initially tracked Tomita before steadily falling back into the clutches of Arthur Rougier as the first stint edged towards the pit window. It had just opened when the Lamborghini dived down the inside at the first corner, which also allowed David Pittard and Matt Campbell to follow suit in short order. The #32 Audi retired soon after with virtual brake failure.

The car’s earlier squabble with Rougier had allowed Tomita to build a 10s advantage over Emil Frey’s Lamborghini by the time the leading contenders pitted towards the end of the window. The Audi driver stopped one lap later and emerged with his lead still fully intact before setting about extending the gap still further.

Behind, Rougier settled into a relatively lonely second place. Leading his class, carrying an extra 15kg and heading towards the Pro title meant there was little incentive to close down Tomita. Instead, he managed the gap back to Pittard who, with maximum success ballast aboard, was busy keeping Matt Campbell at bay. Not that it would have mattered if the Porsche had overtaken thanks to the 130s penalty coming its way post-race for failing to refuel…

Kikko Galbiati was similarly content to pace himself after building a sizeable advantage over Silver rival Alex Fontana. GRT Grasser Racing’s Lamborghini started third but was shuffled back several places on the run to the first corner. Fourth overall and second in class represented his and the team’s best Fanatec Esports result of the season.

Fontana, meanwhile, had overcome Matteo Cairoli after a sensational scrap developed between the Lamborghini and Porsche during the opening stint. Both ultimately completed their respective podiums in fifth and sixth overall despite only qualifying 10th and 15th.

However, the combination of Tomita’s class win and Fontana’s third place has extended the gap in the real-world combined Silver championship between WRT and Emil Frey to 2.5 points. Just 0.5 separated them before the weekend began.

Elsewhere, Vanthoor wasn’t the only promising qualifier to suffer a chastening race after Raffaele Marciello, who’d started fifth, found himself facing the wrong way on lap one. That, combined with Walkenhorst’s second place, has seen AKKA ASP slip to third in the Fanatec Esports Pro Teams’ standings.

In the Fanatec Esports Silver Teams' standings Tomita's second win of the season has helped WRT close on long-time leaders Rinaldi Racing who failed to score points for the first time this year. Just one point separates them ahead of Barcelona, which hosts the Fanatec Esports GT Pro Series finale over the weekend of October 9-10. 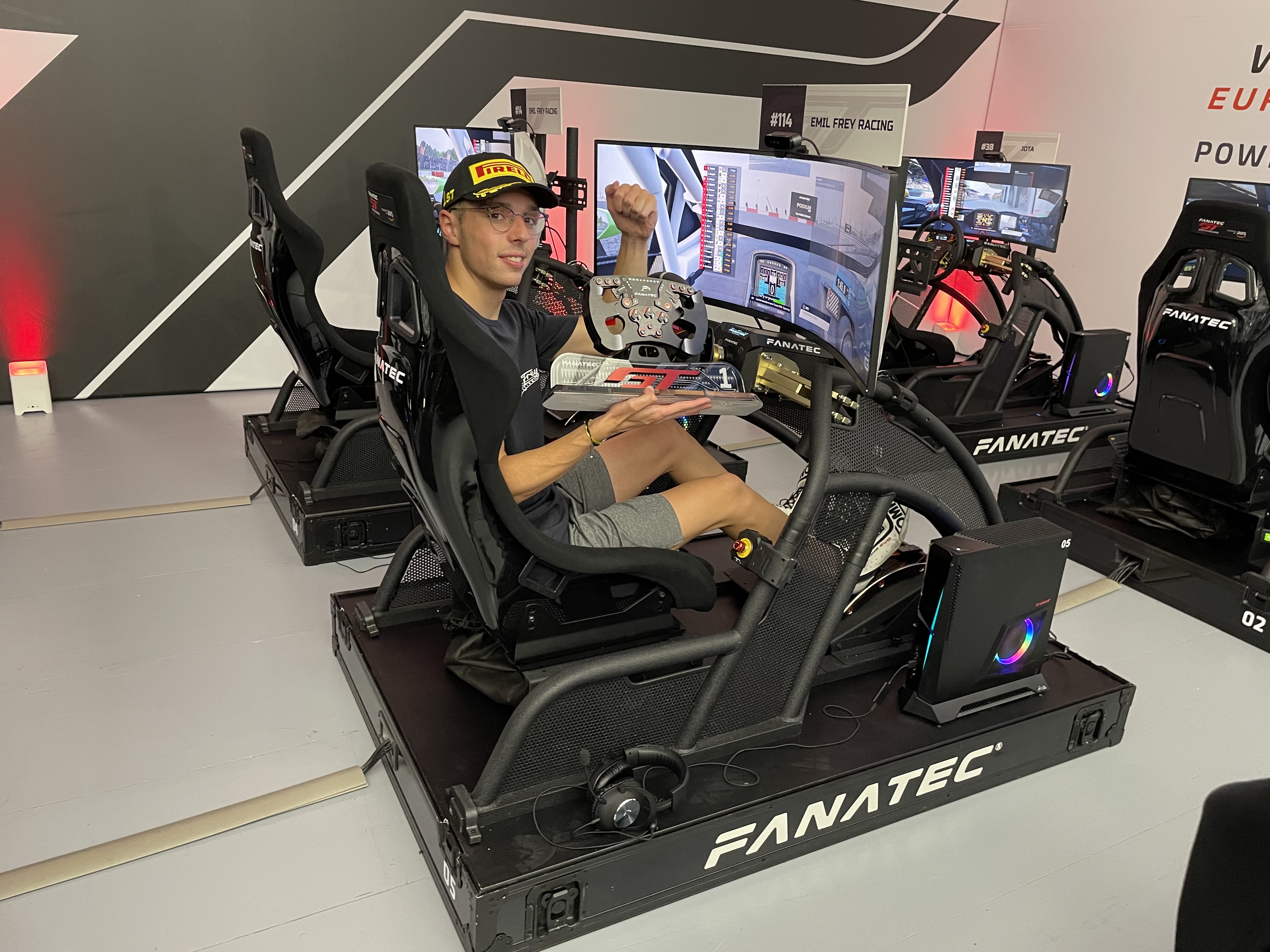