Sim racing’s travelling circus arrives at the Nurburgring this weekend for Round 4 of the Fanatec Esports GT Pro Series.

24 stars of Fanatec GT World Challenge Europe Powered by AWS are once again swapping cockpits for sim rigs in their pursuit of real-world points on Assetto Corsa Competizione. And with the business end of this season looming, every point could be crucial in pursuit of the outright Overall and Silver Teams’ titles, as well as the standalone esports crowns.

The latter combination has also scored a Silver Cup victory – no mean feat given Rinaldi Racing’s domination of the class thus far. Indeed, the #33 Ferrari driven by Fabrizio Crestani notched up a second win and third podium of the season in the Ardennes to make it seven Fanatec points from a possible nine.

ESPORTS IN THE EIFEL

The Fanatec Arena makes the short trip across the Belgian border into Germany this weekend with a significant part to play in the real-world title race.

Just one, two and three points are awarded to SRO’s sim racing podium finishers, but that’s more than enough to cover Team WRT and Emil Frey Racing who are currently separated by just 0.5 points in the real-world Overall Silver Cup classification.

It’s impossible to attribute that difference to one moment across an entire season, but – as it stands – Ryuichiro Tomita’s virtual victory on Fanatec Esports’ opening weekend at Monza is worth one point more than Alex Fontana’s second place at Paul Ricard. Neither driver added to their totals in Belgium and therefore compete without success ballast this Saturday.

Instead, Rinaldi Racing’s Ferrari once again carries the maximum 30kg for winning last time out. Three drivers – Benjamin Hites (who's back in the hot seat this weekend), Nico Varrone and Fabrizio Crestani – have contributed towards the seven points scored across three races, and one more this weekend could be enough to seal the Silver Cup Esports crown. That, to some degree, depends on Ezequiel Perez Companc who’s kept Madpanda’s Mercedes-AMG in contention thanks to a 100% podium record.

Team WRT’s domination of the Sprint and Endurance formats means Fanatec Esports points are unlikely to have a bearing on the Overall title, but there’s still plenty to play for in the virtual world with two races remaining.

Emil Frey’s Arthur Rougier has been the standout driver so far thanks to a victory, two further podiums and six points from a possible nine. However, he’s been unable to shake off Daniel Juncadella and AKKA ASP whose Mercedes-AMG lies two points behind the Lamborghini and competes without success ballast in Germany. The flipside is Juncadella’s DTM commitments, which have seen Raffaele Marciello handed virtual responsibilities for the first time this year. Can he prevent Rougier from clinching the Fanatec Esports GT Pro Series Teams’ title with a race to spare? We’ll find out on Saturday evening.

Kelvin van der Linde’s victory at Paul Ricard leaves WRT as the only team to have won all three of Europe’s points-paying race formats, but the South African is also absent this weekend due to DTM. Instead, Dries Vanthoor steps into the #32 Audi, which is level on points with Walkenhorst after David Pittard beat Rougier and Matt Campbell to a memorable victory at Spa. As such, the BMW must carry the maximum 30kg of success ballast on Saturday.

Round 4 of the Fanatec Esports GT Pro Series gets underway at 18:45 CEST on Saturday. Click below to set a reminder.

Pro: Emil Frey Racing must finish second at least to have a chance of winning the Fanatec Esports title. Victory would guarantee them the crown regardless of results elsewhere, while second place is sufficient if Raffaele Marciello (AKKA ASP), Dries Vanthoor (Team WRT) and David Pittard (Walkenhorst Motorsport) all fail to win.

Silver: Third place would be enough for Rinaldi to wrap up the championship with a race to spare if both Madpanda and WRT finish outside of the points. Benjamin Hites finishing second in class would require both Ezequiel Perez Companc and Ryuichiro Tomita to win in order for the title to be decided at Barcelona.

One driver per Pro and Silver Cup team contesting this weekend’s real Endurance Cup round will also enter the Fanatec Esports GT Pro Series qualifying session and 60-minute race. Each of the 24 entries have been assigned a Fanatec rig for the entire season, which they can either set up using data provided by official SRO Esports partner, Coach Dave Academy, or according to their own preferences. They must also use the same manufacturer as their team has entered in real life.

Click below to set a reminder for Saturday's live coverage. The race begins at 18:45 CEST. 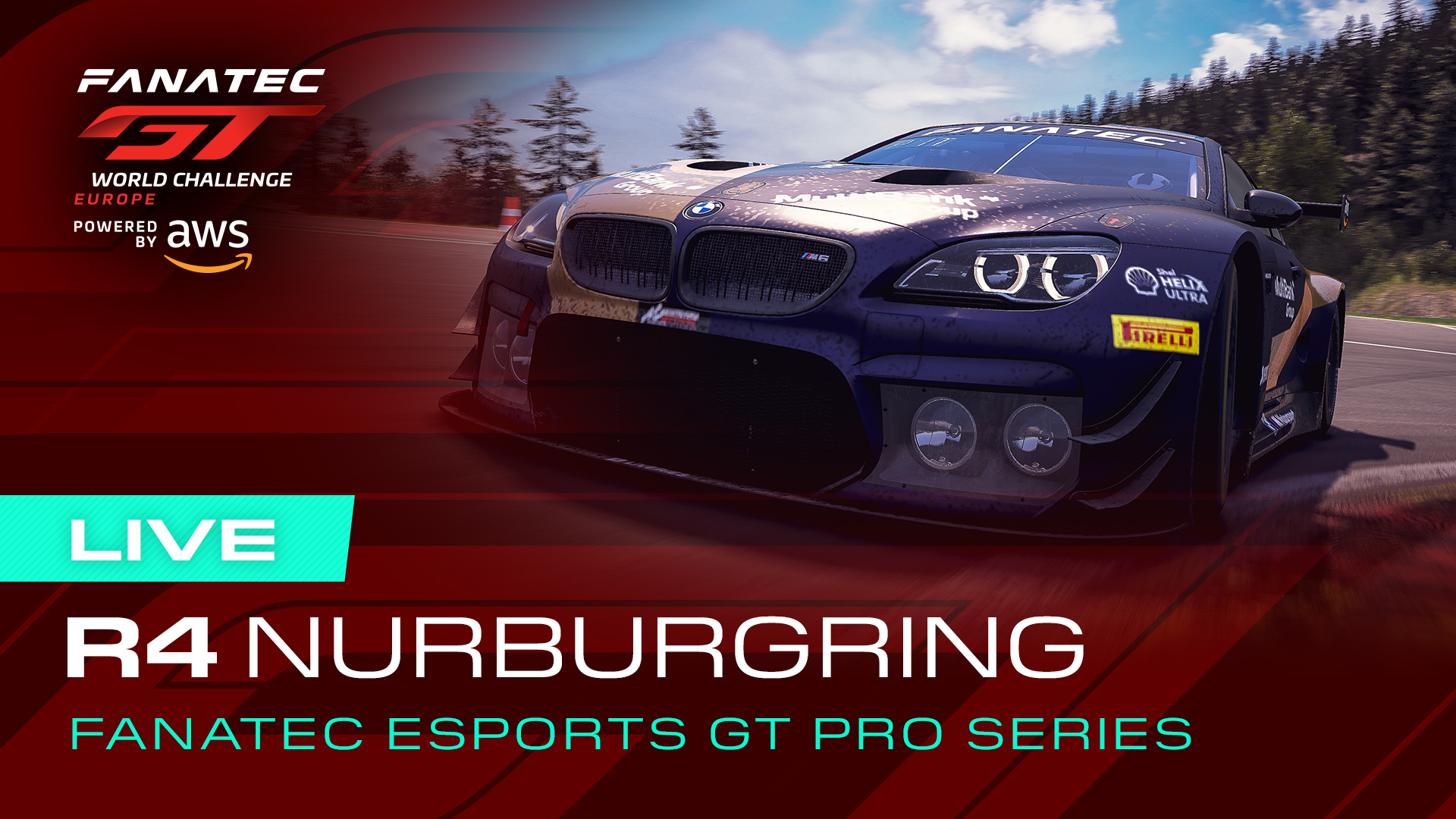