• Mercedes-AMG ahead of the pack as all nine brands qualify for Super Pole
• Silver Cup pole still up for grabs as four cars book spots in final shootout
• Garage 59 bags Pro-Am pole with #188 Aston Martin, #166 Hägeli by T2 Racing Porsche on top in Am Cup

Mercedes-AMG Team AKKA ASP will chase its second successive Super Pole at the TotalEnergies 24 Hours of Spa tomorrow evening after it's #88 crew topped qualifying, while all nine brands contesting this year's race will be represented in the deciding shootout.

Tonight's session also saw the Pro-Am and Am Cup pole winners decided as Garage 59 (#188 Aston Martin) and Hägeli by T2 Racing (#166 Porsche) earned top spot in their respective classes, but the Silver Cup battle will not be decided until Friday after a record four cars progressed to Super Pole.

At the top of the overall order, it quickly became clear that the #88 Mercedes-AMG was in control. Raffaele Marciello set the tone by topping Q2, the first session involving three-driver line-ups, with a time of 2m18.323s. Next to run was Daniel Juncadella, who repeated Marciello's result by leading Q3 with a 2m18.565s. This gave Jules Gounon a golden opportunity to seal top spot, and with it the opportunity to run last in Super Pole.

The Frenchman completed the task by posting the third-fastest lap in Q4, more than enough to secure P1 on average times. The #88 Mercedes-AMG Team AKKA ASP machine was 0.433s clear of the #95 Aston Martin, which occupied second position from Q2 onwards after Nicki Thiim finished just 0.004s shy of Marciello. Ross Gunn and Marco Sorensen could not match the Danish ace, but were quick enough to secure P2.

Seventh overall went to the #107 CMR Bentley, which led an unprecedented four Silver Cup cars into Super Pole. The French squad was at the top of the order from the start after Stuart White led Q1. Strong showings from Nelson Panciatici, Pierre-Alexandre Jean and Ulysse De Pauw completed a superb day’s work for the event's only Bentley runner.

In total the Super Pole shootout will consist of five cars representing Mercedes-AMG, four from Lamborghini, two each from Audi, BMW, Ferrari and Porsche, and single entries from Aston Martin, Bentley and McLaren. 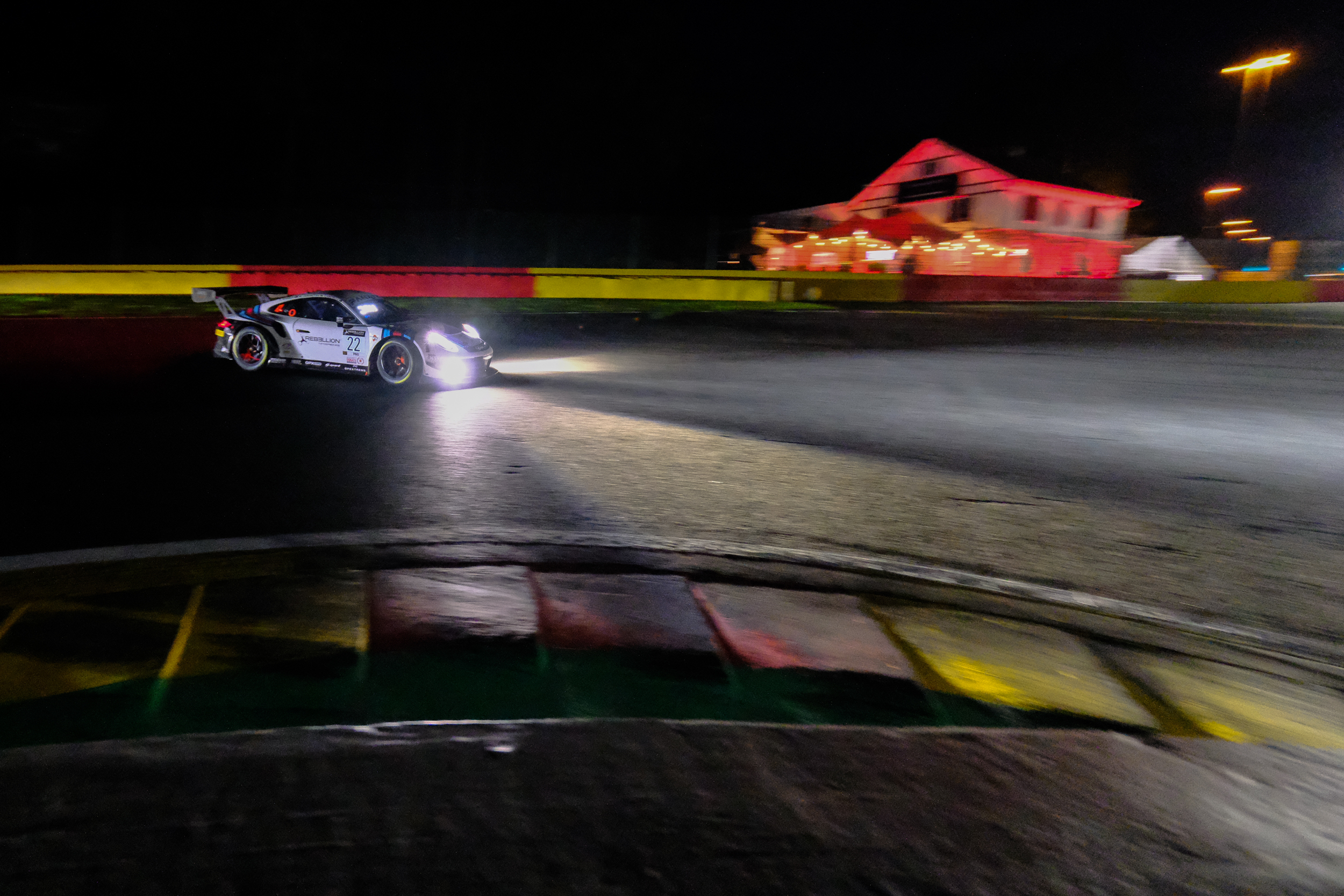 Pro-Am pole went the way of Garage 59 with its #188 machine, which finished 32nd overall and six spots clear of the #69 RAM Racing Mercedes-AMG. Alexander West, Chris Goodwin, Charlie Eastwood and Marvin Kirchhöfer all contributed to the effort, which saw the #188 out-qualify its sister Silver Cup car. Am Cup pole was secured by the #166 Hägeli by T2 Racing Porsche driven by Pieder Decurtins, Manuel Lauck, Dennis Busch and Marc Basseng, who were six tenths clear of their closest class rivals.

Several big squads missed out on Super Pole, including the #21 Rutronik Racing Porsche (22nd), the #54 Dinamic Motorsport Porsche (23rd), the #25 Audi Sport Team Sainteloc (24th) and the #50 HubAuto Mercedes-AMG (41st). The biggest casualty, however, was the #32 Audi Sport Team WRT car that had topped both free practice and pre-qualifying. Disaster struck when a pair of red flags during Q2 prevented Dries Vanthoor from setting a lap time, meaning that one of the pre-event favourites will start Saturday's race from 55th on the grid.

The first of those red flags was caused by a sizeable accident for the #19 Grasser Racing Lamborghini of Tim Zimmerman, which made heavy contact with the barriers at Raidillon. The German driver was able to climb from the car, but its participation in qualifying was over and the team now faces a major repair job. Qualifying was halted for more than half an hour while the scene was cleared, ensuring that the majority of the session was staged in darkness.

Super Pole will take place tomorrow at 19:50 and will see each crew nominate one driver to complete two flying laps of the 7km circuit. They will run in reserve order to their finishing positions in tonight's session, with Mercedes-AMG Team AKKA ASP taking to the track last in the battle for top spot.

This will be preceded by a 20-minute Warm-Up, which gets underway at 19:10 and is open to the full field. All of the action will be streamed live on the TotalEnergies 24 Hours of Spa website, the event's official Facebook page and the GTWorld YouTube channel.