The McLaren Shadow driver maximised his car's outstanding performance at the 4.3km Dutch track to edge Kevin Siggy (#11 Team Redline McLaren) for pole position. Baldwin held his lead at the start, moving a car length clear of Siggy as the pack headed towards turn 1, and was in control thereafter.

Out front Baldwin managed his gap over Siggy, who had the two VRS Coanda cars in close company during the opening skirmishes. There was some debate as to whether Bouteloup might allow his title-chasing teammate past, but it was the Bentley that had the greater pace around Zandvoort and Rogers soon fell into the clutches of Pfeffer.

There were problems for championship leader Tonizza, too, as the Italian spent the first stint under pressure from Jack Keithley (#444 Williams Esports Bentley), who stoped early in a bid to undercut the FDA Ferrari driver. The leaders ran as long as possible, though ultimately the pit window did not affect the top-three as Baldwin emerged ahead of Siggy and Bouteloup. There was a change for fourth, however, as Murphy continued his excellent progress by leapfrogging Rogers.

The VRS Coanda Porsche was busy during the second stint as the McLaren of Pfeffer became a significant threat. Their battle allowed Tonniza and his FDA Esports teammate Giovanni De Salvo (#4 Ferrari) to close up, while Nils Naujoks (#62 BMW Motorsport G2 Esports) was not far behind after making his usual forward progress from 13th on the grid. Pfeffer did complete a move on Rogers, but this was judged to have been too aggressive and the McLaren soon slowed to let the Porsche re-pass. 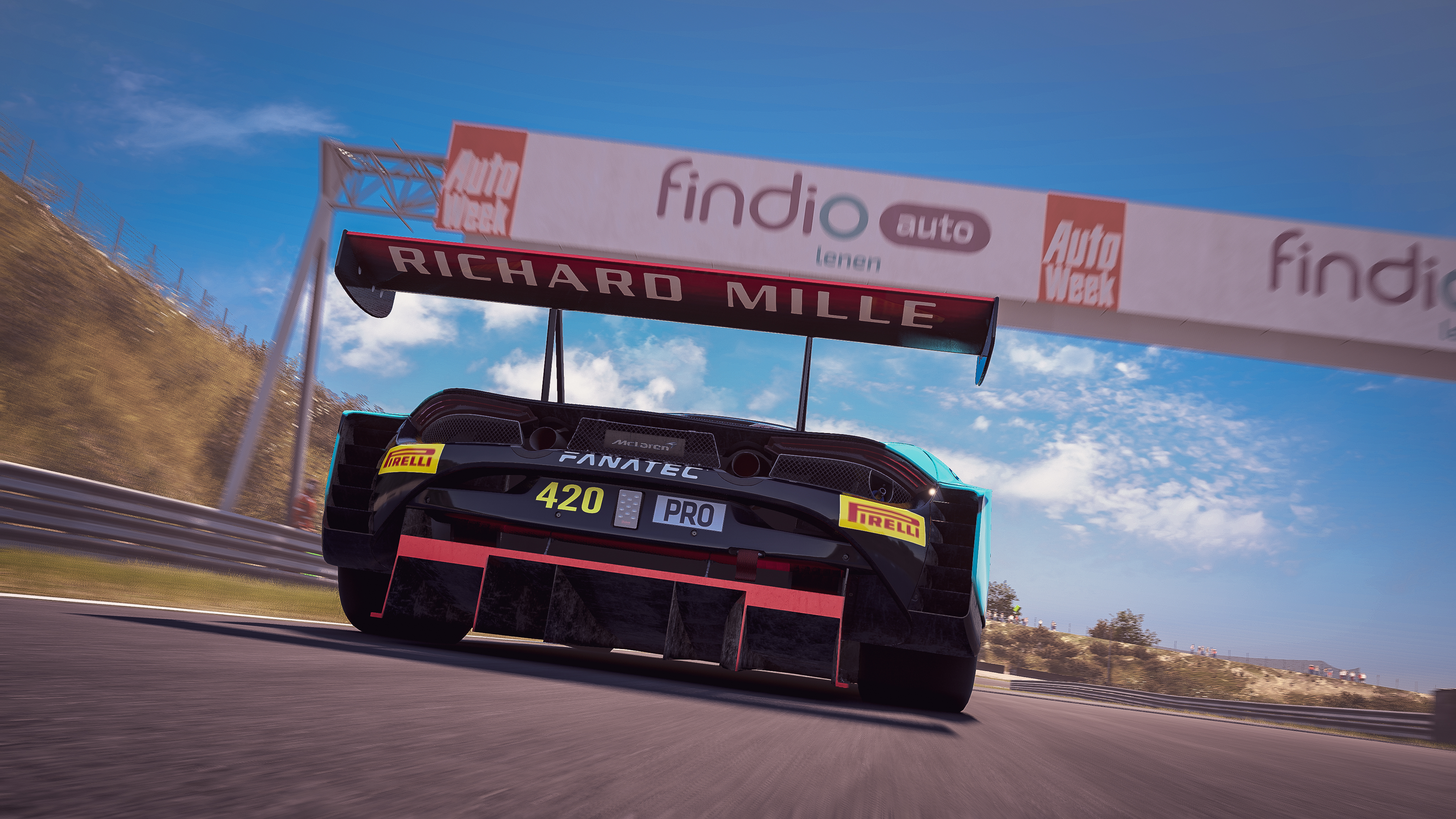 At the front Baldwin was untroubled and took the chequered flag with an advantage of 3.856s over Siggy. After showing consistently in the opening four races, the McLaren Shadow driver was a winner at last. Siggy held on to runner-up spot and with it a third successive podium, while Boutelop earned his maiden top-three finish in the series.

Fourth represented a fine day's work by the experienced Murphy, while Rogers may be disappointed not to have taken a bigger points haul on what was a rare off day for title rival Tonizza. Pfeffer had to settle for sixth, ahead of the FDA Esports teammates, while Naujoks and Martin Stefanko (#98 Williams Esports Bentley) completed the top-10. The latter was the only first-time points scorer in today's race.

Tonizza retains a handy lead at the top of the standings with 99 points, while Baldwin's victory vaults him to second. His tally of 65 points places the Englishman narrowly ahead of Rogers and Siggy, both of whom have 63 points at the season's halfway point.

The Sprint Series will now take a seven-week break before returning with another 60-minute Assetto Corsa Competizione race at Misano (10 September). Hot lap qualifying for this event will open on 30 August and close on and 5 September.

Before that, the GT World Challenge Europe Esports Endurance Series will undertake its biggest event yet: the 24 Hours of Spa, which runs one week after the real-world TotalEnergies 24 Hours of Spa on 7/8 August. Many of the Sprint Series contenders will be on duty once again to chase glory at the championship's marquee race.