The #26 Audi is running for Silver Cup honours this season, but that didn't stop Gachet from being fastest overall in this morning's qualifying session. The Frenchman then held his advantage at the start by fending off Raffaele Marciello in the #88 AKKA ASP Mercedes-AMG, while last night's race-winning #4 HRT Mercedes-AMG slotted into third with Maro Engel at the wheel.

A brief safety car period neutralised the field shortly after the start, after which Gachet displayed impressive pace to slowly break clear of Marciello. The Italian was not under serious pressure from Engel, but nor could he match the leading Sainteloc driver's speed.

Engel stopped early in the pit window to hand the #4 Mercedes over to Luca Stolz and quick work from the HRT crew kept their car firmly in contention. Palette emerged clear of the German after taking over from Gachet, while Marciello remained on-track until the last possible moment before diving in.

A remarkable 39.6-second stop from the AKKA ASP mechanics allowed Boguslavskiy to take over the #88 Mercedes and exit the pits just ahead of Palette, reversing the order from the first stint. Palette now needed to make a pass and began applying pressure to the Mercedes. Two laps later Boguslavskiy ran wide exiting the Estoril corner, allowing the Audi to sweep past and back into the lead.

Now in clear air, Palette had the pace to edge away. Boguslavskiy soon had Stolz for company, but the Russian driver regained his composure and worked hard to keep the HRT man at bay. This was just what Palette needed as he was able to build a comfortable lead while the two Mercedes drivers fought over second spot.

The Frenchman was well clear by the chequered flag, crossing the line a little over eight seconds ahead of Boguslavskiy. Palette was jubilant as he celebrated his maiden triumph with Gachet, who now has two Sprint Cup wins following his victory with Sainteloc during last year's trip to Zandvoort.

Boguslavskiy and Stolz completed the podium for AKKA ASP and HRT respectively, the two Mercedes separated by less than half a second at the finish. The #32 Belgian Audi Club Team WRT entry of Dries Vanthoor and Charles Weerts took fourth after making solid progress from ninth on the grid, followed by the #25 Sainteloc machine of Christopher Haase and Arthur Rougier. Kelvin van der Linde and Ryuichiro Tomita (#32 Belgian Audi Club Team WRT) were sixth.

Jonathan Hui and Giancarlo Fisichella claimed their second Pro-Am win of the weekend as Sky Tempesta Racing bagged another one-two finish. The #92 Ferrari led from class pole, though Hui had teammate Chris Froggatt for company throughout the latter stages. The Hong Kong racer held on to ensure that he and Fisichella leave their maiden Sprint Cup event with a 100 percent record.

Vanthoor and Weerts remain at the top of the drivers' standings following the Magny-Cours event, though an excellent weekend's work from Stolz and Engel sees the HRT duo close to within 3.5 points of the championship lead. Gachet and Palette look increasingly comfortable at the top of the Silver Cup classification following their third win from five races, while Froggatt and Eddie Cheever III top the Pro-Am ranks.

The battle for the Sprint Cup will resume in two weeks' time at Zandvoort, which stages the third of four events on 25-26 September. With the championship now at its halfway point the Dutch event will be a crucial fixture in the hunt for title glory.

Steven Palette: “The pit stop was a bit complicated but Simon was just perfect. I don’t know why it was like that. I pushed like crazy, but we lost one position. At the beginning it looked hard to overtake, but finally I passed Boguslavskiy and then I pushed. I have no words. With Simon it’s just perfect, between us it’s working good and we are two Silvers that are able to win overall. Thank you to all the people who were there to support us!”

Raffaele Marciello: “Me and Simon were quite similar in pace. I just tried to stay close to him. Our mechanics did an amazing job, already yesterday they fixed the car and worked until six this morning. They didn’t sleep and we had an amazing pit stop. The car was really good, so I have to thank them.” 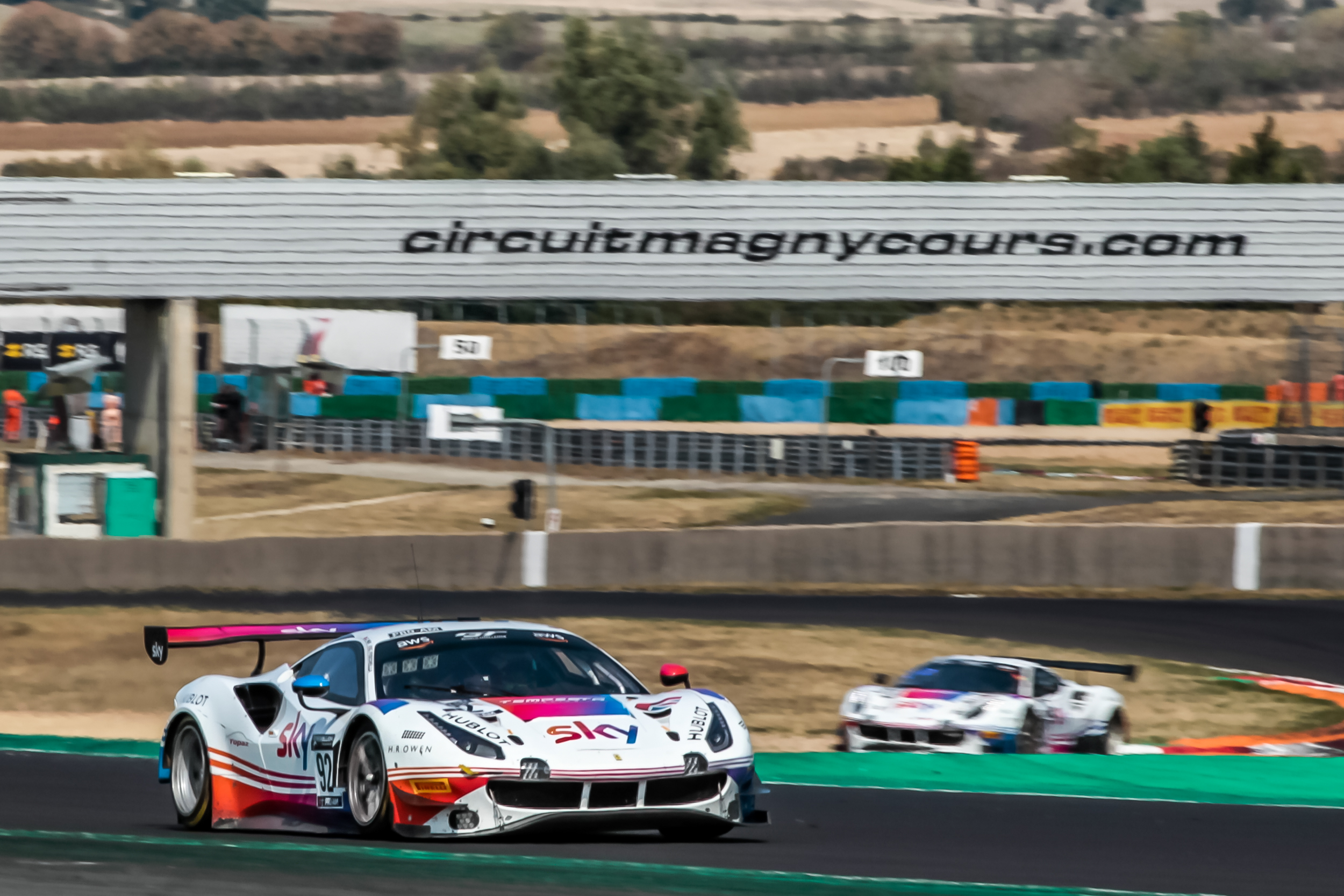