Bentley factory driver Jordan Pepper took a commanding victory in the Pro Series, leading for the majority of the contest in his Continental GT3, while Patrick Selva was equally comfortable in the Silver category as he led home a McLaren one-two.

Reserved for real-world drivers, the Pro race was an action-packed affair from start to finish. Fabrizio Crestani snatched pole position thanks to a superb qualifying effort, the Italian outpacing fellow McLaren driver Ben Barnicoat by almost half a second.

Crestani's advantage did not last long as the fast-starting Barnicoat immediately charged ahead at turn one. The British racer led a McLaren one-two during the early stages, with Crestani close behind and Pepper moving into third thanks to a blistering opening lap.

The defining moment of the race came around the 10-minute mark when Crestani launched an attempt for the lead but made contact with Barnicoat in the process. This proved disastrous for both McLarens, with Crestani dropping to 15th and Barnicoat to 10th.

Pepper assumed the advantage and did not face significant pressure over the remaining 50 minutes. The South African's eventual margin of victory was a little over seven seconds, completing an excellent season opener for the Bentley marque.

While there was nothing to trouble Pepper out front there was plenty of action taking place behind him. The main story was Barnicoat's impressive recovery, the McLaren ace scything through to take second thanks to late passes on Luigi Di Lorenzo (Aston Martin) and Raffaele Marciello (Mercedes-AMG).

The two Italians had a fierce battle of their own for a spot on the podium. Marciello sealed the position with a late move, the pair making contact before the Mercedes-AMG ace emerged in front. Di Lorenzo was next across the line, followed by David Perel, who charged from 19th on the grid to take a fine fifth with his Ferrari

Jenson Button ran well in his McLaren, contending for a spot in the points before contact scuppered his chances. Ferrari's wildcard grand prix ace Charles Leclerc had a more challenging day, the youngster taking an early drive-through penalty and ultimately coming home in 21st. 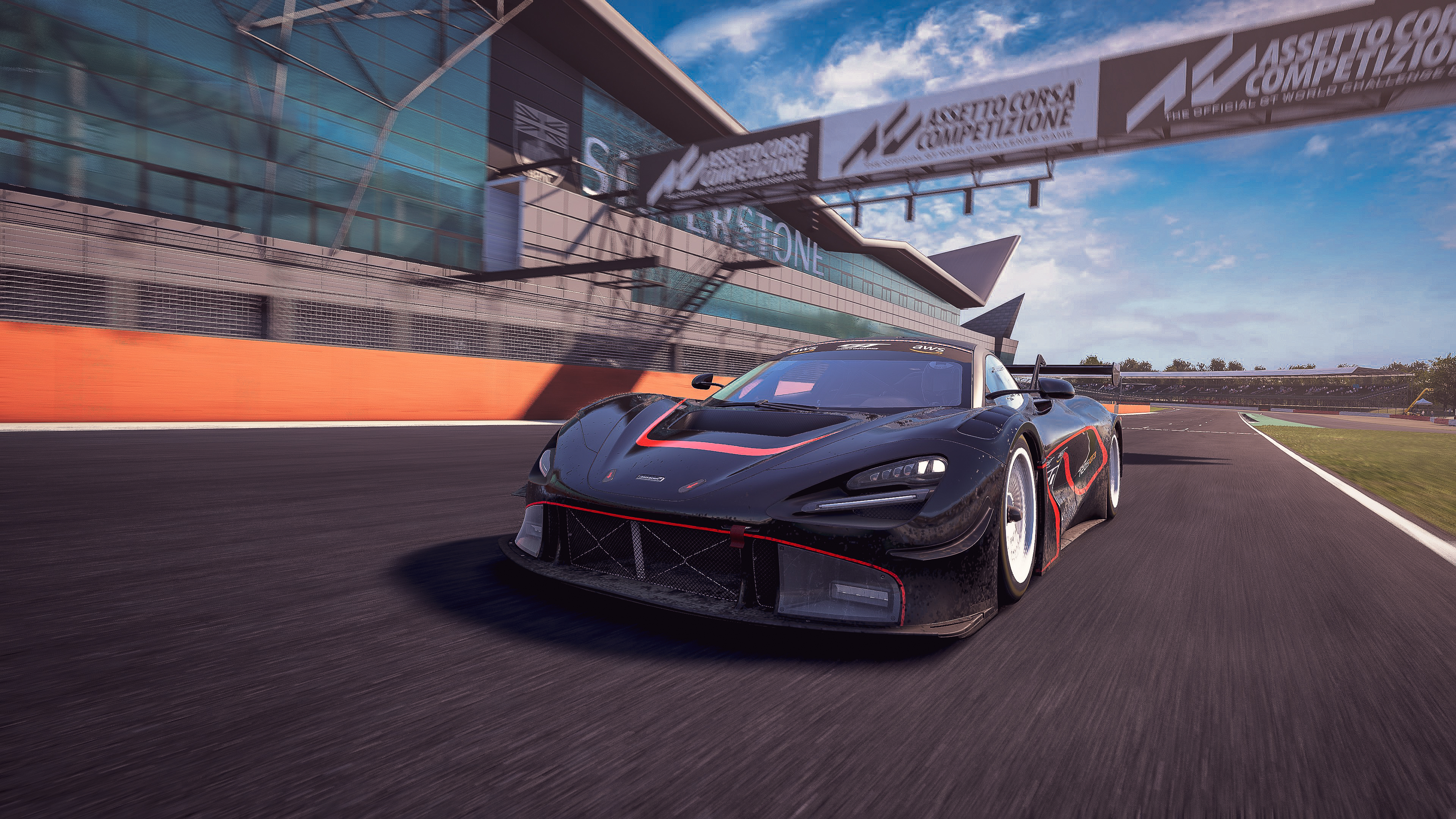 The Silver Series race featured leading sim drivers and, like the Pro contest, saw two seemingly dominant McLarens make contact at the head of the field. Nils Naujoks led away from pole followed by Jura Petrichenko, but the pair clashed at Vale corner on only the second lap. This relegated Naujoks down the order and earned Petrichenko a penalty that effectively ended his chances.

There was still hope for McLaren, however, as Patrick Selva now held the advantage. Just like Pepper, the new leader made the most of his position, edging away at the front to eventually win by nine seconds. There was a titanic scrap behind him as Mercedes-AMG driver Amir Hosseini fought to keep Arthur Kammerer's McLaren at bay. It was a valiant effort, but Kammerer eventually made a move stick and pulled well clear to ensure a one-two for the British brand.

The recovering Naujoks then looked to fight his way past but made contact with Hosseini in the process. Naujoks took the chequered flag and seemingly completed a McLaren podium sweep, but was subsequently hit with a time penalty that demoted him to sixth. David Tonizza (Ferrari) would ultimately complete the rostrum, with Alberto Garcia (Bentley) and Hosseini classified ahead of the penalised Naujoks.

With the Pro and Silver Series officially underway, the public hot-lap competition that will decide the Am Series grid begins today. Registration will remain open throughout the process, which concludes on 10 May.

The second set of SRO E-Sports GT Series races will take place on the same date, with the Pro and Silver Series resuming battle in two weeks’ time. They will do so at one of the most challenging circuits in world motorsport, with Spa-Francorchamps next on the schedule for the hotly contested virtual championship.